In the competitive airline industry, website availability and performance are vital 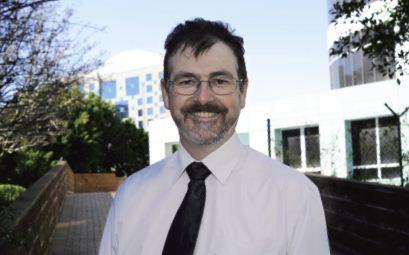 Today’s airlines live and die by their online systems. Their websites must combine performance and availability with functionality and efficiency — and the customer experience is everything, especially when competitors are only a click away. And when you’re the world’s longest continuously operating airline — Qantas — your customers can be anywhere.

The challenge is to ensure the online experience brings together a variety of products seamlessly and fast. Downtime just isn’t an option.

Since its launch in 1996, qantas.com has evolved into the airline’s primary means of customer contact. It began as a small site hosted by Red Square, but the airline has invested heavily in infrastructure and delivery since about 2000.

In 2004, recognising the need for more comprehensive disaster recovery capabilities and better site performance for international users regardless of location, Qantas began to look at different platforms.

The site went live on Akamai in December 2005 and Qantas has been using the service ever since.

“We ran a proof of concept with Akamai for quite a while,” recalls Qantas Airways manager for enterprise solutions, Brad Tate.

“We wanted to prove the sales pitch around the performance improvement.”

Tate and his team commissioned Keynote to benchmark the site, with and without Akamai, from around the world.

“The beauty of Akamai technology is that you can implement it, at least initially, very transparently. You don’t have to know it in-depth or change anything on your infrastructure to use it in its simplest form.

“That proved the performance improvement case. And we could already see the other elements, such as the site failover, were going to work.”

Qantas maintains two data centres in Australia, but the company wasn’t keen to build out additional facilities. Apart from the cost — the airline wanted to minimise short- and long-term infrastructure investments — the company needed to be able to guarantee both domestic and international site performance. In the face of increasing loads, it had expanded its front-facing Web servers from two to four.

By partnering with Akamai, however, the airline was able to decommission two of the servers despite a significant increase in site traffic.

“That was one part of the business case,” Tate says.

“We halved our infrastructure. Since then we have more than doubled our site traffic — about two and a half times — and we are still on the same two pieces of physical hardware.

"We are in the process of refreshing the hardware and moving to a virtual environment but, from a capacity perspective, it hasn’t changed. We have been able to suck up the majority of the traffic through Akamai.”

Qantas has increased capacity in its data centres to cater for the site’s increased richness and functionality, but basic functions are handled by Akamai. The team has also configured the solution to cater for high traffic areas, such as its pricing feeds service which appears on other sites.

“Not only can we cope with the overall load with the 75 per cent offload, we can cope with spikes in those areas where we have intentionally tuned it,” Tate says.

The platform has also allowed Qantas the flexibility to deliver streaming video for its high profile ‘I still call Australia home’ marketing campaign. The IT team uploaded the video to internet storage and served the content using Akamai’s video player, freeing up staff to concentrate on core responsibilities.

“Our use case is really different [to many other organisations] but there are target times in which we want to use video, and being able to use Akamai’s capability makes life a lot easier,” Tate says.

Under the terms of Qantas’ professional services agreement, Akamai provides a dedicated consultant for a fixed amount of time each month with contractual terms to manage the engagement.

“It means we can have an ongoing relationship with a person in Akamai who knows the site and our business, and we can tap into their knowledge. We get a lot of value from details around network management and architecture, HTTP architecture and search engine optimisation.

"Our developers are in that space but they are also architecting Java objects to work with the WebLogic portal and our backend infrastructure; they have a lot of technical bases to cover.”

The Akamai technology automatically detects when the airline’s origin server is not responding and displays an alternative, failover site to visitors. Once the server is back online, Akamai switches back to normal content delivery.

Qantas incorporates a lot Web application logic into its site to provide customers with a rich online experience and functionality. Its failover site, on the other hand, has a different look and feel. Customers can still access the site and buy tickets — thanks to a partnership with transaction processing firm, Amadeus — but they may not, for example, be able to apply for the Frequent Flyer program.

Tate and his team are now looking at ways to shift some of its in-house logic into the Cloud so that they can configure the failover site and improve the customer experience.

One of the risks of such a strategy is the difficulty of testing. At the moment, the risk is relatively low and is largely offset by Akamai’s transparency.

“The more functionality we put in, the more it will become an issue for us; it is challenging to get Akamai working well in a test environment because it is, by its nature, an Internet entity,” Tate says.

In the end, the decision will be based on value and the ability to service customers.

How to create a clear project plan.
Project management: 4 steps to getting things on track
CIOs come of age as business leaders: Study