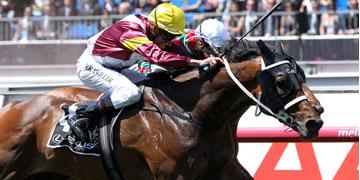 While Flemington punters won’t get access to Cisco’s Wi-Fi network until next year, Alcatel-Lucent has come to the party in 2012 with a pilot of seven 3G metro cells to extend the capacity of Telstra’s Next G track-side network.

The Flemington racecourse in Melbourne is expecting up to 100,000 people to attend the Melbourne Cup today so the 3G LightRadio metro cells will double the wireless network capacity throughout an area within the racecourse called the Birdcage, according to Alcatel-Lucent.

The metro cells are also designed to complement Telstra’s 3G and 4G capable Next G network, allowing punters to access the Internet, send videos and pictures without experiencing network issues.

4G in Australia: The state of the nation

An Alcatel-Lucent spokesperson told Computerworld Australiathat this is the only LightRadio trial underway in Australia. The metro cells were used in the O2 Arena’s London Olympic Village network earlier this year during the Olympic Games. Forty LightRadio pilots are currently taking place around the world.

“While this is very much a trial exercise [in Australia], it's an approach we think we'll see a lot more of as service providers focus on delivering customer experience in high traffic areas,” he said.

“This provides mobile operators with the capability to grow their network capacity to meet demand for data services with higher-speeds in a smaller physical space,” he said.