Keeping up with ongoing business operations is one of the main reasons why IT leaders are not meeting expectations, survey finds 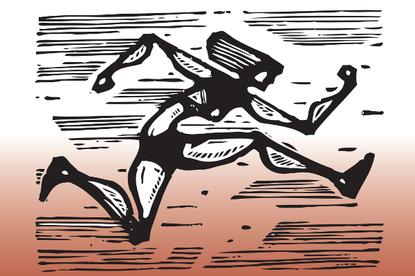 IT leaders are struggling to meet the demands of their business leaders for more strategic and faster delivery of software, according to a Forrester Consulting survey.

The Continuous Delivery: A Maturity Assessment Model survey, commissioned by IT consultancy ThoughtWorks, canvassed 325 IT and business decision makers across Australia, the United States and the United Kingdom, including 63 Australians.

The survey found 51 per cent of business leaders want their IT group to deliver strategic software capabilities, going from concept to production, in less than six months. However, only 30 per cent of IT leaders said they could deliver within that timeframe, with four in 10 saying it would take them a year or more.

Working within restricted windows for releases due to keeping up with ongoing business operations is one of the main reasons why IT leaders are not meeting the software delivery expectations of their business leaders, according to the survey. The majority of respondents placed ‘keeping things running’ as the most important business driver behind software development investments and above ‘incremental innovation’. Market disruption was last on the list of business drivers for IT leaders.

“The speed gap keeps businesses from using their software development capability to disrupt markets by introducing new products or features first. Instead, these businesses spend their time following industry trends – reacting to the market instead of shaping the playing field,” read a report of the survey.

Read Gartner finds CIOs want to drive business transformation but are still ‘stuck in a rut’ of managing day-to-day operations.

In addition, the survey found a gap between IT and business leaders’ understanding of IT’s role in their organisations. Forty-two per cent of business leaders view their IT group primarily as ‘order takers’ for technology, while only 14 per cent said their IT group drives technology innovation today. In contrast, 7 per cent of IT leaders see themselves as order takers, while 59 per cent see themselves as business partners.

“Closing this perception gap is an important step for IT leaders, because it creates a communication gap when it comes to setting expectations for how quickly software development teams should and can deliver innovative new software services or products,” the report stated.

“When IT shops are set to function as an order-taking service provider, it’s hard to create a stream of actionable customer feedback: Business sponsors or sales reps own the customer relationship and filter requests or soften the impact of poor software. Even worse, developers in IT may have goals based as much on cost control as on customer satisfaction and business growth.”

The report found many businesses are adopting Agile practices in order to speed up software delivery, which is a "good start". However, when looking to also increase innovation, the report recommended investing in improving downstream release management so that teams are not left spending “too much time delivering low-value software, because they are focused on emergency patches or system roll-backs due to deployment errors”.