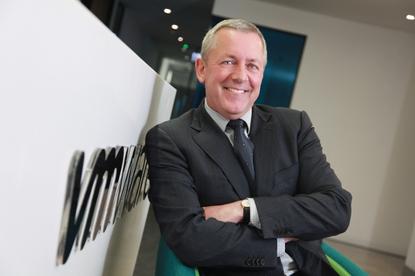 VMware will open up two or three new roles in New Zealand that will focus on end-user computing, mobility and bring your own device, according to Duncan Bennet, vice president and managing director of VMware Australia and New Zealand.

This follows on from the recent appointment of John Drayton as country manager in New Zealand.

Bennet was in New Zealand this week to hold events in Auckland and Wellington around the recently launched Horizon suite – software to manage just those emerging technologies.

When it comes to virtualisation, the New Zealand market is quite mature, Bennet said.

“It’s been widely adopted by both government and commercial clients. At VMware we tend to think of New Zealand as the most virtualised country in the world, beating Australia, but only just.”

A trend VMware is seeing both here and in Australia is many organisations are moving their big, mission-critical applications off Unix and onto standard x86 servers, and then virtualising, Bennet says. Fonterra and the University of Auckland are two recent examples.

VMware worked with most New Zealand Cloud providers, he said.

“The strategy is providing our underlying software for most of the cloud providers, and then the customers can choose whether they want to run their applications on-premise or on a local cloud.”

VMware also sees an opportunity in working with open source solutions, he said. The company is a member of the OpenStack foundation.

“We’re hooking our technology into OpenStack, using the APIs,” he said. “Network virtualisation technology came from software developed for the OpenStack movement so, for people who want to go that way, we’ll have all the hooks necessary to allow them to do that. But it’s small in New Zealand."

Some key people have left VMware this year, including former chief marketing officer Rick Jackson and former CTO and SVP of research Stephen Herrod, but that has not affected the organisation locally, Bennet said.

Bennet, a Massey University graduate, comes over to New Zealand about every three months.