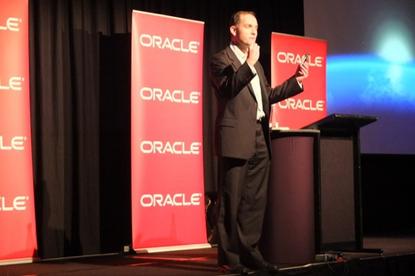 New Zealanders spend more time on social media networks than any other country in the world, according to futurist and entrepreneur Ross Dawson.

Kiwis spend 7.43 hours a month on sites like Facebook and Twitter, compared to 7.17 hours for the Australians, and 6.28 hours in the United States, he said, referring to research by Nielsen.

“I think that makes sense,” Dawson said. “As a geographically isolated country it is critical for you to be connected, not just internally, but to the rest of the world. This is where the future of the country lies.”

Today, 1.7 billion people – one in four people on the planet – are on social networks, with that number likely to double in the next six years, he said.

And it’s not just for young people. Forty-three per cent of 65-year-olds in the US are on social networks. In New Zealand, 36 per cent of 60-year-olds participate in some form of social media, Dawson said.

Dawson predicts almost all buying will be social in the future. Photo-sharing site Pinterest – one of the fastest growing networks today, according to Dawson – is full of images of things people want to buy. If you want to be in the game, “you must create a social buying experience for your customers”, he said.

Some executives think it’s risky to be on social media, but it’s far riskier not to be there because you can’t participate or respond, Dawson said.

However, governance is required. “Yes, there are some risks and concerns around social media,” he said. “You need to able to address your concerns. But if that governance framework does not allow you to transform the organisation, it is destroying value.”

Social media is not a fad – it’s the future, he said. “So you’d better get good at this. You must continue to develop your capabilities – hiring the right people, developing their skills, and having the framework that is going to drive value in a connected world.”

Ross Dawson spoke at the Oracle Cloud Day event in Auckland on Friday.