Management rights for nine lots of 5MHz paired, which will begin on January 1, 2014 and last for 18 years, will be auctioned. 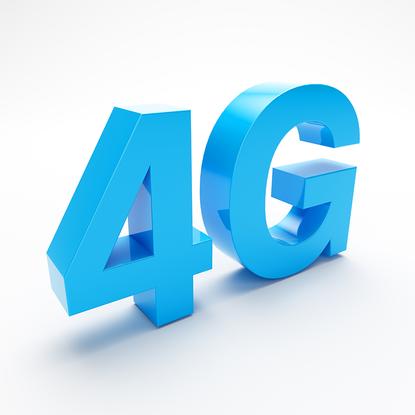 Communications and Information Technology Minister Amy Adams has announced that the auction of the digital dividend radio spectrum, which will allocate the 700MHz band, is scheduled to start on October 29.

The NZ Government has spent $157 million clearing the 700MHz band to allow for the building of fourth generation (4G) mobile networks. Management rights for nine lots of 5MHz paired, which will begin on January 1 2014 and last for 18 years, will be auctioned. The reserve price for each of the nine lots has been set at $22 million.

“In setting the reserve price, we have balanced generating a fair return on the sale of the spectrum rights with the significant investment required by mobile network operators to build the 4G network infrastructure,” Adams said.

“The reserve price also takes into account the value to New Zealand of having 4G connectivity widely deployed.”

The auction will provide a deferred payment option for successful bidders over five years, subject to payment of a commercial interest rate.

The conditions also include requirements for mobile network operators to upgrade their existing rural cell sites to 4G capability within five years, and for successful bidders to continue expanding cellular coverage.

“These requirements are designed to ensure that at least 90 per cent of New Zealanders have access to a 4G network and faster mobile broadband coverage within five years,” Adams said.

“Indications are that by using the spectrum for 4G mobile networks, we can expect economic benefits for New Zealand of up to $2.4 billion over the next twenty years.”

The Ministry of Business Innovation and Employment will be running the auction. Bidder registration is likely to open on September 11, and the start date of the auction will be confirmed following the completion of the process.

Telecom Group, one of NZ’s largest telecomunications and IT services providers, has welcomed the announcement and confirmed its intention to be a bidder in the auction.

“The sale of the 4G spectrum is a real opportunity for the country. We need to get it right. Amy Adams is rushing this for no reason other than to meet her self-imposed timetable of getting the spectrum off the books by the new year.

“I know that industry is worried about the short time frame. This is not an ordinary auction or bid. There is a lot to consider. They should be given time to get their bids right.

“The last thing we want to see is this opportunity squandered and some spectrum left unsold as happened in Australia. But we also don’t want to see the spectrum sold off for a song. We need to get this right. Time will ensure we do.

“The Government is also ignoring the elephant in the room – the Waitangi Tribunal claim. It needs to respect that process otherwise it risks another asset sales-style appeal to the Supreme Court.

“The use of 4G spectrum will be an incredible boost to our technology and IT industries. We cannot afford to get this wrong,” said Curran.