Small companies with innovative ideas have already started calling, and all they need is the money to get started with the investment process, says Lance Wiggs, director of the fund. 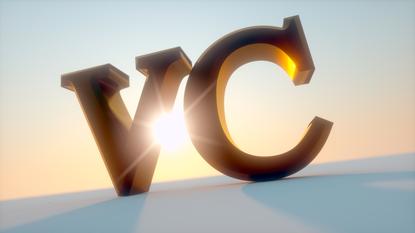 With less than a month to go for the close of the initial offer of public shares, Punakaiki Fund founders are counting on a last minute increase in applications to reach the target amount of $20 million.

“We are good to go with a minimum of $5 million. If we get more than the targeted $20 million then all the better, because we can use that to spread our investments even further. The flow in of money increases usually near the date that the offer closes, so we are hoping that this will take us to the number that we want to reach,” says Lance Wiggs, director of the fund.

He adds that the fund would look to do a second round if the minimum of funds necessary is not reached by October.

“We want Punakaiki Fund to be the go-to place for early stage technology companies in the country. We are already receiving a whole lot of interest from such companies. There is no shortage of innovation in New Zealand, and no shortage of demand for funds from small companies looking to grow. The only issue is actually getting the funds, and we fully intend to keep trying till we reach our target,” says Wiggs.

The fund has been designed to allow anybody from the public to invest in it, so long as they have a minimum of NZ $2000. Any such investor will be considered a shareholder in the firm with each dollar of investment buying them a share.

“We found that the rules and regulations of the NZVIF (New Zealand Venture Investment Fund) can be a little restrictive to start-ups sometimes. We wanted to be able to look at companies beyond the restrictions of that contract. This is why we are looking for the public to give us the money,” says Wiggs.

While Punakaiki Fund will not be trading on the NZX immediately, Wiggs states that shareholders will be able to buy and sell shares of the company via over-the-counter transactions, such as Link Market Services. Though there are no guarantees, Wiggs hopes that the eventual success of the firm will allow investors to gain more from each share that they had purchased.

“For any investor this would be a long-term capital investment. This is not a company that they can invest in for the short-term and look to pull out in the immediate future,” states Wiggs.

Shareholders will be able to get together at annual general meetings, much like a public-listed organisation, and if more than 50% of the vote is against the current management of the fund, then they will ‘stand fired’, states Wiggs.

“We will work to make the fund successful. There are plenty of interesting companies with innovative ideas out there, and I am personally looking forward to showcasing portfolio companies at our annual meetings.

“We are very clear though that if our shareholders do not want us around, then we don’t want to be there. We have included the mechanism of shareholders firing us, so that if such a scenario emerges, they will be able to do so,” concludes Wiggs.