Wi-Fi connectivity at hotspots will be free for upto 1GB of use per day for most Telecom customers, while customers from other mobile networks and visitors can use it for a fee of $9.95 per month. 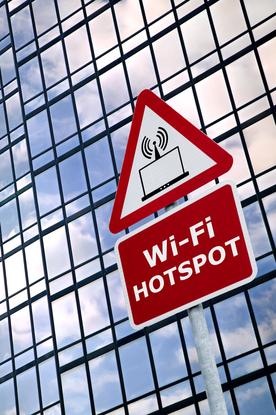 Telecom New Zealand, which has been in the process of transforming selected public phone boxes into Wi-Fi hotspots, will have 700 of them live by October 7, with 2000 hotspots expected to be live by mid-2014.

From October 7, Wi-Fi connectivity and usage of upto 1GB per day, will be free to all Telecom mobile customers on pay-monthly plans and on the $19 and $29 prepaid packs.

Other Telecom customers, customers of other mobile networks and visitors using a New Zealand or Australian mobile can use the WiFi network for a flat fee of $9.95 per month.

According to Telecom’s retail CEO Chris Quin these are part of efforts taken by Telecom to encourage customers to use as much data as possible and make the most of their devices.

Senior vice-president of mobility at Telecom’s Digital Ventures, Ed Hyde, which has developed and implemented the WiFI network, said the company has extensively trialled the WiFi service since last Christmas, with close to 175,000 people already registered to use the service.

“Our Wi-Fi network has already attracted a huge number of smartphone users. If you love our Wi-Fi hotspots, but you’re not a Telecom customer, you can keep using the Wi-Fi network for just $9.95 a month.

“Non-Telecom customers who have already signed up to Wi-Fi, or who do so by mid-October, will be able to continue to trial it for free until early December. However, if you sign up from mid-October onwards, we’ll still give you the option of a one-week free trial of the Wi-Fi service, to test how you like it before signing up to the $9.95 a month deal,” said Hyde.

Telecom had previously indicated the trial would come to an end towards the end of September.

Telecom’s WiFi network is spread through the country, with a particular concentration in the main population centres of Auckland, Wellington, and Christchurch and in key holiday spots. Users need only register a device once, and they will then automatically connect to a Telecom hotspot whenever that device is within range.