How much is Evan Williams worth? What percentage of YouTube traffic is mobile? It's all right here 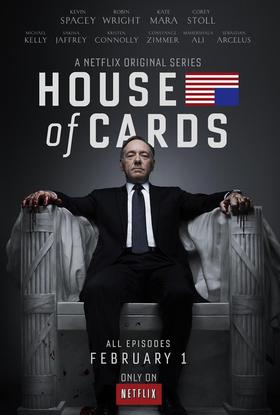 From single digits to trillions, the tech industry loves numbers, and it generated plenty of them in 2013. Here's a look at some of the figures that stand out from the year:

3 - number of Emmy TV awards won by Netflix in 2013. "House of Cards" won for best director, marking the first major Emmy win for Internet content. The show also won awards for best casting and best cinematography for a single-camera series.

500 million - number of lines of code behind the beleaguered Healthcare.gov website. Programmers spent most of October and November debugging and rewriting the code to get the site up to speed.

143,199 - number of tweets sent in the single second after the phrase "balus" was uttered during the Japanese TV screening of Hayao Miyazaki's animated movie "Castle in the Sky." Fans arranged to mass-tweet the phrase for no particular reason, leading to the creation of the new Twitter record at 11:21.50 p.m. local time on Aug. 3.

116.7 million - number of searches performed through the anonymous search site DuckDuckGo in September. In May, before the first news reports about U.S. National Security Agency surveillance and spying were published, the site handled 54.4 million searches, less than half as many.

4 - number of shots prosecutors allege Ronnie Collins fired at Ikenna Uwakah, who was trying to sell a PlayStation 4 in San Francisco via a posting on Instagram. Uwakah died of his injuries soon after and Collins has been charged with murder.

50,000 - number of additional H-1B visas that would be available to U.S. companies for skilled workers under the proposed Immigration Innovation Act, which was introduced into the U.S. Senate in January. The current limit is 65,000, which high-tech companies say is too few and thus hurts business and innovation.

152 million - number of user records, including emails and poorly encrypted passwords, exposed in a breach of Adobe Systems' computers this year. It's been called the largest publicly known leak of user information in history.

7 - approximate number of hours that passed between Twitter launching its Vine app and Facebook blocking the app from its servers. Vine users were briefly able to use their Facebook accounts to find friends on the new video app, something Facebook didn't like

14,000 - number of computers on which New York-based online gaming company E-Sports Entertainment was accused of installing secret bitcoin mining software. The company agreed to pay US$325,000 and submit to a 10-year compliance program as part of a settlement with the New Jersey attorney general's office.

60 million - amount of money, in U.S. dollars, Apple has spent so far pursuing a lawsuit against Samsung in California over smartphone patent infringement. The case is one of two in the state and one of several worldwide between the companies, so the total legal bill is much higher.

35 - number of years Chelsea Manning (born Bradley Manning) was sentenced to jail by a military court for leaking U.S. military and diplomatic secrets to Wikileaks. She is eligible for parole in eight years and had been facing up to 90 years in jail.

34,000 - number of jobs HP expects to have eliminated by the end of its current fiscal year, which ends next October, under a cost-cutting program started last May.

162 - minimum fine, in U.S. dollars, that San Diego resident Cecilia Abadie can expect to pay if convicted of driving while wearing Google Glass. The case, apparently the first in the U.S. to involve the technology, will go to court in January. Abadie was initially stopped for speeding and then accused of breaking state vehicle code 27602, which bans TVs and video screens in front of the driver.

41 - percentage of YouTube traffic that now comes from mobile phones and tablets. CEO Larry Page revealed the number in October and said the comparable figure from 2011 was just 6 percent.

25,000 - average data rate, in bits per second, of Nextel's iDEN cellular network, which was shut down at the end of June. The network was launched in 1996 and Sprint had been warning users for more than a year that it would be switched off. The Nextel name faded into obscurity with the network.

3 - number of surviving Pink Floyd members who signed an editorial in USA Today in June against the Internet Radio Fairness Act. The band claims the bill would cut by 85 percent the amount of money musicians receive from services such as Pandora. Pandora had been backing the bill, but reports in November said it had given up hope of pushing it through.

5 billion - number of cellphone calling records collected by the NSA as part of a location and data tracking system, according to The Washington Post. Details of the program were among the many documents leaked by former defense contractor Edward Snowden to news organizations in 2013.

13.88 - price per share, in U.S. dollars, that Michael Dell paid to take his namesake computer company private. The total deal cost the Dell founder and his financial partners roughly $25 billion and relieved the company of constant pressure to please Wall Street investors.

600,000 - number of bitcoins the FBI estimates are owned by Ross Ulbricht, the alleged mastermind of online drug marketplace the Silk Road. The bitcoins, which are encrypted and cannot be easily accessed, are worth around $60 million and represent around 5 percent of the entire market.

57 million - number of Twitter shares co-founder Evan Williams owned at the time the company went public in October. They are currently worth about $2.8 billion.