Stepping stone to the cloud

Industry stakeholders discuss the relevance of virtualisation technologies to NZ businesses, and what it could mean for the future. 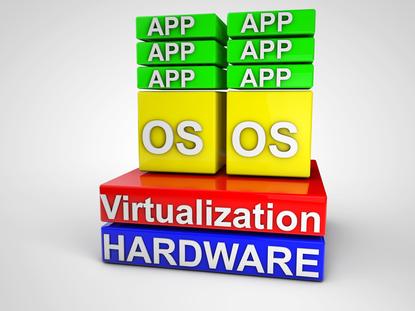 In a cloud-obsessed world, is there a relevance yet for virtualisation and technologies associated with it? Apparently so.

“Without virtualised infrastructure the cloud would merely be a relocation of the customer’s equipment and associated inefficiencies into the cloud. Obviously, that would not be an improvement.

“Virtualisation is often a preparatory step toward moving to a cloud-based environment. Virtualisation offers many organisations the benefits of better IT resource utilisation, reduced capital cost and a smaller physical footprint in the server room. That said, it may not be the right solution for every organisation,” says Vic Herring, the Forward! by Unisys and ClearPath Program Manager for Unisys Asia Pacific and Japan.

While servers and storage were the cornerstone of the technology, the industry is not yet agreed on the next big area where the impact of virtualisation will be felt.

“There are a couple of areas that should see the next big waves of change. First, at the infrastructure level and second the database and middleware layer in cloud computing.

“At the infrastructure level, we can expect to see more converged Infrastructure. Increasingly, IT is moving more toward pre-racked, pre-wired systems. This transformation is all around us. As hardware, storage and networking become more proven technologies and business competition becomes fiercer, IT will be looking to adopt converged infrastructure rather than rack/stack build their own.

"At the database and applications level, enterprises are evolving to more of a self-service model including automated scaling. With infrastructures virtualized and used as shared pools of resources, database and middleware are the next layers that can benefit from virtualisation. So while virtualization is transformative, as we’ve just discussed, cloud is the game changer for IT with its wide reaching impact,” says Rex Wang, Vice President, Product Marketing – Technology Software, Oracle NZ.

"The next big area would be networking – allowing the adoption of the complete Software Defined Datacentre with virtualised compute, network and storage. This will allow Software Defined Enterprises to adopt infrastructure in a purely policy-based form, allowing higher levels of flexibility and agility from commodity hardware – lowering cost and increasing value," says Arron Patterson, CTO of EMC New Zealand.

Others propose the altenative approach of portioning to straight-on virtualisation to handle better security and dependability of mission-critical environments.

Whatever be the case, there are certain points for end-users to keep in mind when investing in and using virtualised systems.

“Companies investigating virtualisation have to consider two unseen but critical components of the supply chain.Virtualisation is provided by a supplier who will have, at its core, hardware and software configured to deliver the service.

"Where that hardware is situated and how the customer accesses it can be the difference between a seamless user experience or a complete strategic disaster. Hardware needs to be situated in an environment that supports the operation of mission critical business processes. The environment needs to include stable operating conditions, security and connectivity,” says Steven Stanford, NZ manager for Vocus Communications.

“The security of business critical hardware and software is a balance between physical safety and accessibility. At the core of physical security are multiple layers of access with both electronic and biometric security check points,” says Stanford.

“Finally, platforms need to be highly connected via fibre optic networks. Customer access to virtual platforms should provide a user experience similar to that of a desktop application. If it doesn’t, users will become frustrated, morale drops and ultimately productivity suffers, turning the economic argument for virtualisation on its head,” he adds.

Only a starting point

With virtualisation being seen as the stepping stone to cloud, vendors are encouraging NZ businesses to keep the above considerations in mind when investing in related technologies.

"More but not all investments will be aligned to service providers. Hybrid cloud architectures provide the most functional and cost effective platforms for most businesses for the foreseeable future. The ability to hold workloads onsite where risk or cost factors indicate this is appropriate, then seamlessly migrate into a service provider partner when desired will be key," says Patterson.

“There should continue to be a proliferation of virtualization with midsize companies, large enterprises and service providers. There will likely be more vertical cloud-based services in areas such as education, healthcare, financial, etc.

Neich adds, “Clouds provide scale and economics, but customers are not happy 'locking all their data' into a single type of cloud. You will continue to see customers adopt hybrid infrastructure models – some on premises (private cloud) and some on public cloud. Cost is only one factor customer considers on when deciding where their data should reside.”

Wang concludes, “The evolution of virtualization means that more and more systems become virtualized by default, that any application, including mission critical business applications like a database or middleware will be virtualized. Even for those that are a bit more risk adverse, virtualization should become part of almost everything – not just the smaller environments or Windows workloads.

“The proliferation of virtualization and transformation of traditional datacentre into cloud-based computing means businesses within New Zealand can realise even greater benefits of operational efficiency and rapid delivery of applications and services to be more nimble, more competitive and ideally more profitable.”