All Kiwis can apply for a .kiwi domain name now

Dot Kiwi's Landrush Period, which started yesterday, will run till April 30, and will see the company take in applications for .kiwi domain names. 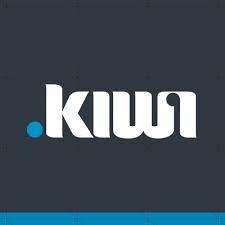 According to the company, approximately one thousand domain names have already been sold during the pre-registration period for trademark holders and through early reservation programmes, and these domain names are starting to go live.

Early reservations made during the pre-registration period include Kiwi organisations such as Lotto New Zealand, New Zealand Rugby League and Triathlon New Zealand.

Tim Johnson, CEO of Dot Kiwi, said: “Now that Dot Kiwi’s pre-registration period is closed the door is open for all Kiwis to pick the .kiwi domain names they want. All they need to do is visit our website or most leading domain name resellers, and tell us what they are interested in.”

Kea New Zealand’s CEO Craig Donaldson said, “We’ve got hundreds of thousands of members across the globe, many who want a closer link to their Kiwi identity. New .kiwi domain names will be of keen interest to expats looking for ways to stay connected with home, and for local businesses looking for new ways to communicate online.”

The .kiwi domain is one of approximately 1,400 new top-level global domains launching online in the coming months. It is currently the only one created specifically for New Zealanders.

“I think at this stage it’s hard for the average Internet user to envisage what the changes to Internet domain names will mean. In the coming years, it’s going to be become the norm for domain names to describe you. Very soon, the more traditional domain name endings like .com are going to be viewed as characterless,” said Johnson.