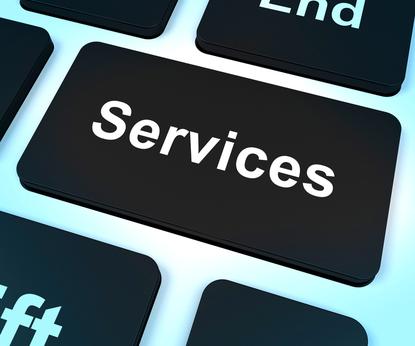 Te Rūnanga ō Kirikiriroa (TROK) was established as the Urban Māori Authority for Kirikiriroa in Hamilton, in the mid 1980s, under the guidance of the late Maori Queen Te Arikinui Te Atairangikaahu and Mayor Sir Ross Jansen.

With around 150 staff powering it, TROK is recognised as a significant voice for Maori and Pacific Island people, offering them services around social, health and wellbeing needs. It also interacts and works with 60 other smaller organisations in the social services sector.

It will thus come as a complete surprise that the entire IT team of the organisation is just two people.

“I am the solutions architect, I design and identify solutions, and my colleague implements them. What the two of us do, companies usually hire eight people to do. But the technology available today, and the entire cloud play, makes IT much simpler for us. We also use external service partners when necessary, which also makes life simpler,” says Roland Francis, technology specialist at TROK.

Nevertheless, the two cover a whole lot of ground. They support all of the in-house staff, and also two data centres in Auckland and Christchurch. External partners usually help the team with IT procurement, and step in to provide secondary support especially when staff are working offsite.

“We hire racks with Vocus for our data centres. The one in Auckland is our primary data centre and Christchurch is our disaster recovery one. We have almost real-time replication between the two and, short of three minutes, whatever happens in the Auckland data centre can be found in the Christchurch one,” says Francis.

Most of the infrastructure is HP-based, and the team provides mobile devices and tablets to staff when they are offsite to minimise security issues.

The IT team also works with the 60 other smaller organisations, helping them identify and implement solutions to services they need or problems that need resolution.

The lure of video conferencing

Francis initially started working with TROK when he was working with one of their external ICT suppliers, and it was in this role that he got their set of requirements for reducing travel, improving ability to liaise with people around the world and to share documents across calls.

After considering solutions from big weights such as Polycom and LIfesize, Francis recommended Starleaf as the ideal fit.

“My recommendation to TROK was to pick Starleaf because it was Web-based and could talk with multiple end-devices.

“Other factors that influenced my decision was the cost per user for the endpoint licensing and the simplicity of being able to log into the management console from anywhere in the world, and change and add elements as you wish.

“That was very important to us. If neither of us are available, any other person with the admin password can log in from the management side and make changes as necessary. The simplicity of it was a winner,” says Francis.

The solution was implemented in late October last year, and took a remarkably less amount of time.

“We have got two end-points – physical endpoints – in our building in Hamilton. One is in our main boardroom, and the other is in our training centre. The rest of our users can connect to us by cloud. If there is a training session in the training room then users from any part of the world can log on and join it. The end-point in the boardroom is for executive and management meetings, and general video conferencing.

“We don’t host Starleaf in our data centre,” says Francis.

With Starleaf, TROK users are able to not only call and conference each other in, but also share documents and collaborate on them in real-time, according to Francis.

Francis says that the team and the users are quite happy with the service levels that Starleaf has provided, and says that 90 per cent of the time, the solution provides them “crystal clear call quality.”

“The only times when we have ever had problems is when the network at the other end is not up to standards. If the other organisation has immense firewalls against any video content, or if their speeds are less than a MB per second then they might be able to hear us well, but we get them all pixelated at our end,” says Francis.

“We have users using Starleaf almost everyday and the licencing agreement makes this cost-effective. You can buy licences in either pots of five or pots of 17. We have got the 17 licence set, which means that in any one call there can be 17 people logged in.

“Also, each user gets to invite a guest who works on a free licence. That effectively doubles our pool of licences,” he says.

Guest users can be sent direct emails by TROK users, which comes with simple instructions, that enables them to log in from most end-user devices.

“We are talking about $55 per user for a month to use Starleaf. If we had a person visiting us from Auckland, then we are talking four to five hours or travel, besides nearly $200 in fuel costs. Instead of that we can just log into Starleaf and that proves to be extremely cost-effective,” says Francis.

Licences for a year, up to three years, are purchased upfront, which also helps with budgeting costs for the IT team at TROK.

Francis wants to replicate the success that the TROK team has had with Starleaf with the other social service organisations that they are working with.

“We have the potential of putting out in the next six months around 300 Starleaf licences. Tee idea is that we will buy the licences and split the cost with other organisations. This means we will be able to tap into bulk-buying prices, which will also help us since we function on funds provided by the government,” says Francis.

“We want to become the biggest Maori social services ICT provider in the country. We want to be able to provide data bases, allow data sharing and data storage, as well as design right outcomes and report creations, so that things are standardised across organisations, enabling smoother funding process for each as well,” says Francis.

This would mean that all ICT services are centralised in TROK’s data centres.

According to Francis, the team has already put out proposals to their sister organisations, and are awaiting decisions and a possible pilot in the near future.

Meanwhile, the team is working on enabling their video conferencing facilities to be hired by organisations, like the Maori Tribal Court, at less than half the cost of alternate solutions, while providing a potential source of revenue for TROK.

“I want to promote TROK and help people see what we are doing here. The provision of conferencing facilities will help in that way as well,” says Francis.

Ambitious goals they might be, but there seems to be no holding back the two-member IT team at TROK.