Of the main centres, Auckland was found to have the highest level of online participation at 51 per cent with Wellington and Christchurch both on 48 per cent. Across the rest of New Zealand, only 45 per cent of businesses are online. 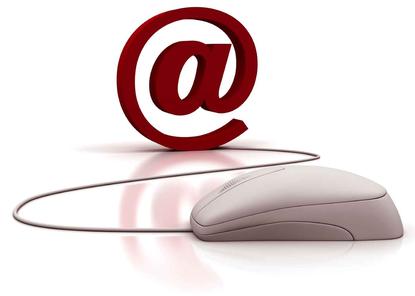 The report found that manufacturing and wholesale, and retail and hospitality industries had the highest level of online presence with 80 per cent and 67 per cent respectively.

“More New Zealand businesses are beginning to embrace the opportunities the internet is offering – from access to international markets to increased engagement with their customers,” said Tim Reed, MYOB CEO.

“It’s particularly encouraging to see key sectors like manufacturing and retail leading the way. These are businesses where the access to international markets and greater depth of customer interaction that the internet provides can make a real difference to the local economy.”

Of the main centres, Auckland was found to have the highest level of online participation at 51 per cent with Wellington and Christchurch both on 48 per cent. Across the rest of New Zealand, only 45 per cent of businesses are online.

The report also found that a third of businesses (32 per cent) are using cloud products and services at least some of the time.

Use of internet technology is strongest in Wellington, with 44 per cent using the cloud, followed by Christchurch (37 per cent) and Auckland (34 per cent). Cloud usage drops significantly outside the main centres to 24 per cent of SME businesses.

The finance and insurance industry (56 per cent) and business and professional services (39 per cent) are the highest cloud users, while the primary industries (10 per cent) and construction and trades report the lowest use.

Cloud use was found to be most widespread for email (86 per cent) and online banking (82 per cent).

Around 41 per cent of SMEs reported being happy with the current level of internet access, while 34 per cent were dissatisfied.

In Christchurch, where businesses have become increasingly reliant on internet access due to the disruption of the rebuild, dissatisfaction with current access was found to be stronger (44 per cent). Further south, over half (53 per cent) of SME business operators in Otago and Southland are unhappy with their internet connection. Around 47 per cent of SME operators in rural areas also expressed dissatisfaction with their current internet connection.

According to the report, around 14 per cent of local SMEs report they are currently connected to Ultra Fast Broadband (UFB), and the 63 per cent of SME operators who do not currently have access to UFB believe it would have a positive impact on their business.

“However, we also need to ensure businesses are not overburdened by cost, and can both understand and access all the direct benefits to ensure the country can becoming a highly connected, 21st Century Digital Nation.”