According to Symantec’s annual Norton Report - Family Edition, more than twice as many Kiwi girls as boys have been bullied online (17 percent versus 8 percent). 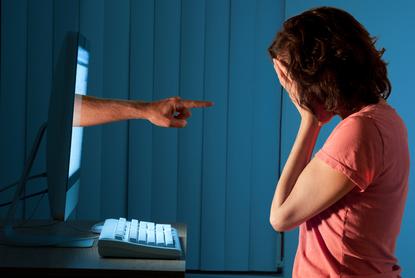 Two in five Kiwi kids have been harmed by cyber crime or a negative online situation between 2012 and 2013. What’s more, 57 per cent of NZ children that were such victims admit to hiding what they do online from adults.

According to Symantec’s annual Norton Report - Family Edition, while cybercrime affects both sexes, with those harmed split evenly between females and males (44 percent for girls and 41 percent for boys), more than twice as many Kiwi girls as boys have been bullied online (17 percent versus 8 percent).

Brenton Smith, VP and MD of the Pacific region for Symantec stated that many Kiwi parents are in the dark about cyber bullying, with most unaware of either the child being harmed or harming others online.

“As social media and the online world continues to infiltrate our lives and that of young people, cyberbullying remains a very real online danger due to the damaging effect on people’s mental health,” said Smith.

“Online safety requires a combination of open and ongoing dialogue and education between parents and children. While two thirds (67 percent) of the children surveyed saying they spoke to their parents about their negative online experience, only 22 percent stayed away from where they were bullied online. It is clear more education is needed to enable children to make informed decisions about seeking help when dealing with cyberbullies,” he added.

Symantec advices parents and children to set aside time to discuss appropriate online behaviour and create age-appropriate house rules about how computers, smart phones and gaming systems are used at home, besides using stronger passwords, not sharing private information and keeping a record of offensive or harmful messages online.

The Norton Report: Family Edition surveyed over 350 New Zealanders (148 adults and 203 children), and looked at issues affecting children and parents in the digital age, while examining their online behaviours, attitudes and security habits with a focus on cyberbullying.