REANNZ has enabled the 100Gbps line on Juniper routers as part of a larger initiative to build capability, and is working to towards SDN capability both internally as well as with member organisations and commercial entities 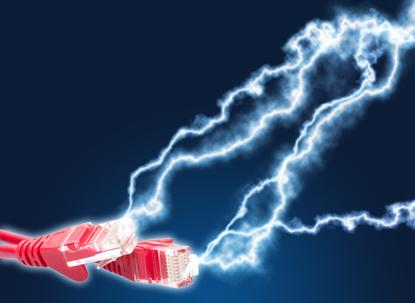 Research and Education Advanced Network New Zealand (REANNZ), the Crown-owned entity that maintains and manages a high-performance network for NZ's research and innovation communities, has gone live with a 100Gbps line.

"We went live a couple of weeks back and traffic has been flowing on it. All our member traffic is going across it now. We have more than 160 members including the national library, museums, ministry of education, and all crown research institutes. From our users perspective I don't think they even notice. But from our perspective it was very easy and seamless," says Steve Cotter, REANNZ CEO.

The link has been enabled by Juniper's MX480 routers.

"We have had a majority of our network infrastructure on some of the other Juniper MX series routers and switches. The team was familiar with Junos and we have been very comfortable with its reliability and operational flexibility. It is really the operating system choice of our engineers. So the switch to MX 480 platform, which is the 100Gbps capability, was very seamless and it went with no problems," says Cotter.

The project itself is part of a larger initiative involving a public-private partnership with FX Networks to establish a shared optical network infrastructure among several New Zealand sites.

"This project is part of us adding a lot more capability for the scientists and researchers in NZ that are participating in global collaborations. So we have had significant growth in our network in the last couple of years as NZ participates in some of the big science projects. We have seen a tsunami of data coming at us and we have had to keep up with that demand," says Cotter, speaking to Computerworld NZ.

According to Cotter, overall REANNZ traffic has grown 80 per cent year-on-year. International traffic is exceeding 100 per cent growth year-on-year. REANNZ recently partnered with AARnet (the Australian research and education network) to increase its international bandwidth capability to 40Gbps.

"In order to support 40Gb to both Australia and US we needed to upgrade the infrastructure between the Southern Cross landing points and we built out a fibre optic ring around Auckland and we lit it with our first 100Gb wavelength," explains Cotter.

According to Cotter, 100Gbps capability will be extended to the rest of the country based on demand from universities and research institutes.

"The rest of the country getting it is somewhat dependent on the infrastructure upgrades that are underway in universities. For example, Otago is currently doing a big campus upgrade. University of Auckland is doing similar things and so are other universities. As they improve their campus infrastructures we will stay one step ahead of them in brining the backbone infrastructure up to 100Gb," says Cotter.

REANNZ's Juniper infrastructure not only enables 100Gbps "flawlessly" but also gives them a pathway to SDN (software defined networking) and moving the infrastructure to a programmable environment, Cotter says.

"We have been playing in that space already. We have been working with global names, like Google, and last year did the world's first distributed router using SDN in our MX platform. And we are looking to continue to build on that and gain some experience with the SDN environment. We don't have a specific timeline for rolling that out, but we are building our capability," says Cotter.

The team at REANNZ is working on building SDN capability not only internally but also helping enable it in member organisations and commercial entities.

"We are in the process of connecting the different universities computer science departments with a dedicated wavelength in which they can put their own SDN switches and hardware on to test some of their SDN gear over the wide area.

"We have a couple – like Victoria University and University of Waikato – that have already connected their switches into our backbone at the moment. In the next couple of months we will move that over to a dedicated wavelength. And then we have had folks at Massey and AUT who have also expressed an interest in it as well as some commercial companies who are looking at SDN," says Cotter.

REANNZ also plans to set up an SDN test environment in Victoria University, following the GLIF conference in late September, that will host vendor kits and allow students, faculty and IT departments to get their hands on SDN equipment.

"A commercial carrier in NZ has asked us to do R&D for them in SDN. We have given them a couple of projects that we could do and we are working on the agreements right now to develop these capabilities in SDN for them. It is difficult to differentiate services when you all have very similar hardware kits. But with SDN they can have the ability to slice the network in a whole bunch of different ways and virtualise it, and we have been working on some ideas that we have for the commercial market," says Cotter.

Talking about the potential evolutionary path for REANNZ, Cotter states that this will be driven by the needs of researchers and universities.

"The cloud is becoming more important as universities move in that direction. We want to enable that as part of their supply chain and deliver services to researchers and students.

"Science and research is much more data intensive and global in its nature now. Gone are the days when scientists will sit in their offices away and alone, making the next discovery. Now science is globalised and people work in teams across dozens of countries, with thousands of participants contributing to large science projects.

"We see the Juniper platform providing us the scalability and the path forward to really deliver a good ROI in the investment we have made in the infrastructure so we can keep up with our users needs and also stay ahead of the market place," states Cotter.

"We have scientists and researchers who are always asking us to do things that they could not get from commercial providers. We have to apply quite a bit of creativity but also leverage the flexibility of the infrastructure that Juniper provides," says Cotter.