The company will initially offer customers a 30-day free trial for the service, following which it will cost $15 per 30 days of unlimited viewing. 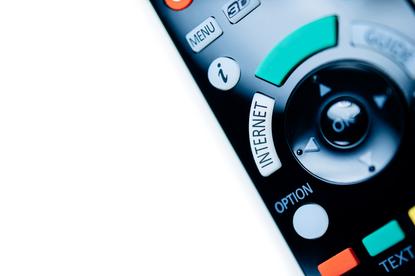 Telecom has confirmed today that it will be launching its internet TV business, called Lightbox, in the next few weeks, with about 5,000 hours of content. This will include exclusive television series and a range of back-catalogues of TV shows.

Lightbox will be available via any broadband connection, not just Telecom’s. The company will initially offer customers a 30-day free trial for the service, following which it will cost $15 per 30 days of unlimited viewing.

Devices confirmed for launch include Windows and Mac PCs and laptops, iPad and Apple Airplay. Telecom states that additional devices are also in the pipeline.

Up to five devices can be registered to each account and two live streams can run per account at any given time.

“Our aim is to bring our service to as many homes as possible,” said, Simon Hoegsbro, launch director for Lightbox. “We want viewers to discover shows they’ll love, and have the freedom to watch them on their own terms. Lightbox enables exactly that.

Telecom has also launched its services with Ultrafast Fibre, which gives the firm coverage across 28 of the 30 active fibre areas. The company plans to launch its fibre services in the last two areas, Wanganui and Taupo, by the end of August this year

There are a three more areas, Feilding, Waiheke Island and Rangiora, which are included in the government’s planned fibre footprint, but where the local fibre company has not yet built fibre to the street. According to Telecom, it could go live with its services soon as infrastructure is laid.

“We will continue to work with all our infrastructure providers to give our customers access to fibre services as soon as possible after the cables have been laid.

“Each fibre company has its own processes and uses different systems and technology, so we’ve been working closely with each one to make sure our customer systems and processes link up seamlessly. In some cases this has taken some time, but we wanted to give customers the best experience possible when launching rather than making the launch a rush job,” said David Havercroft, Telecom Connect COO.

Under the government-supported UFB rollout, approximately 75 per cent of New Zealanders will have access to ultra fast broadband over fibre. Four companies - Chorus, Enable, Northpower Fibre and Ultrafast Fibre – have each been allocated specific regions to roll out fibre for ultra fast broadband to the home.