Communications and IT minister Amy Adams stated that the next stage in national connectivity will look at the 2.2% of Kiwis who are outside the UFB and RBI programmes. 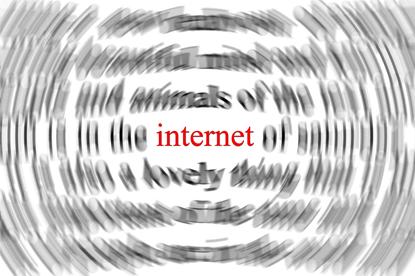 NetHui, InternetNZ's annual conference, brought together professionals, academics and government representatives into bustling sessions to discuss the current role of the internet in the country and the future for it in the next 25 years.

Amy Adams, minister for communications and IT, took to the stage in the morning of the second day of the conference to discuss some of the work that the government is doing in the country.

"Our business growth agenda has recognised for some time that information technology is a key driver for economic growth, which is why across the areas of infrastructure, skills, innovation, capital markets and trade we have set out the specific actions we are taking to support the sector.

"Amongst these initiatives is our $1.65 billion investment in UFB and RBI infrastructure that is on track and on budget.

"In terms of skills you have seen from us increased funding for computer science courses, software engineering and other related science and technology tuition. There is also the $28 million recently allocated to the creation of three new ICT graduates schools," she said.

Adams stated that she saw the role of government in internet as two-fold. Firstly, to ensure and enable the wider ICT ecosystem, and secondly, to efficiently drive procurement and usage of digital technologies as a major player in the economy itself. She pointed out that the formation of the Goverment CIO (GCIO) office and the all-of-government (AoG) approach to procurement as measures along that path.

"The next stage will be to consider further how connectivity can continue to be enhanced for those outside the UFB footprint. Of particular interest will be the needs of the remaining 2.2 per cent of New Zealanders outside both the UFB and RBI programmes,” she said.

Adams stated that she has asked the Ministry of Business, Innovation and Employment to undertake a study that will identify the telecommunications coverage and services available in these areas, and the future challenges and opportunities in the same.

Talking about the future of ICT and internet in the country, Adams said, "New Zealand’s digital economy contributed more than $2 billion in export earnings last year, making it our third biggest export earner behind dairy and tourism. The government participates in the Korea, Australia, New Zealand Technology Summit (KANZ). This year New Zealand is hosting KANZ in Auckland at the same time as NetHui.

Adams also encouraged ICT firms in the country to get more involved in international dialogue around internet governance and net neutrality, and to shape the way in which these evolve on a global level.

Breakout sessions during the day touched on everything from blended digital learning, to the future of journalism in an online world, and government service delivery and requirements over the internet.

The panel discussion near the end of the day brought together members of the different parties in the country to discuss the burning issue of digital rights, with a focus on internet accessibility and the digital divide.

NZ First MP, Tracey Martin, said, “There should be more cross-party discussion on internet rights. The Parliamentary Internet Forum should become the environment for bringing all parties work together, set aside political divisions, find common ground, bring in experts and have true dialogue around the issues.

However, none of the parties on the panel were able to address the issues at a policy level or elaborate on ways in which they would enforce them to provide internet access to Kiwis going forward.

NetHui 2014 is the fourth edition of the conference, and takes place over three days in Auckland. InternetNZ plans to take the conference to Christchurch this year, under the banner of NetHui South, in November.