Labour promises a revival of the R&D tax credit, contained or reduced structural costs to businesses starting with electricity prices, and government agencies that will be encouraged to adopt open software in preference to proprietary software, where appropriate, in the document. 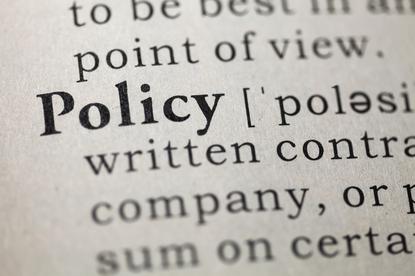 The Labour Party’s policy document for ICT, released today, promises not only incentives for Kiwi businesses in the tech sector but also improved government procurement from local firms.

“By applying agile thinking and breaking large high risk projects in to smaller lower risk projects we open up the possibility of more New Zealand based companies winning work (who are often effectively excluded). This will have many downstream benefits to the wider NZ economy,” the Digital Economic Upgrade document states.

Government agencies will be under binding instructions to hold and share code for software that it paid to create, enforce transparency on ICT costs, require that costs are evaluated at a whole-of-government level and avoid conflicts of interest.

Labour promises a revival of the R&D tax credit, contained or reduced structural costs to businesses starting with electricity prices, and government agencies that will be encouraged to adopt open software in preference to proprietary software, where appropriate, in the document.

Many of the stated goals to encourage innovation in the sector, including the creation of Garage Grants for tech start-ups, the establishment of the chief technology officer role and the encouragement of tech awards schemes, among others, were alluded to by Labour party members at the recently concluded InternetNZ conference, NetHui 2014.

The document also sketches Labour’s plans to address the skills gap in the ICT workforce of the country. These include a promised review of Immigration New Zealand’s points system for the skill shortage list, with a view to more accurately recognise the value of work experience in the sector.

The party also assures the funding of tertiary training places for an apprenticeship program that will enable around 400 recruits each year. According to the party, this will help to encourage more people into the industry who were previously put off by the prospect of having to undertake training off-job and in their own time.

The party estimates that the apprenticeship program will cost around $2.1 million in the first year, increasing to $6.3 million annually by the third year.

Labour’s Digital Economic Upgrade is the first of two announcements for the ICT sector. A second policy package including initiatives on connectivity, digital inclusion, content and copyright will be announced closer to the election.