Election year: What do the parties have to offer the tech sector? 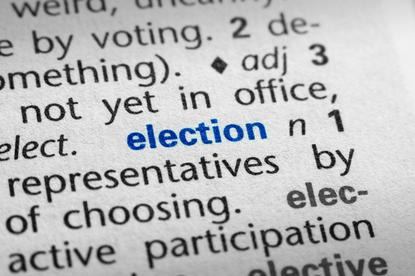 As the election date gets nearer, parties are vying with each other to highlight their ICT policies and the advantages that they would bring in growing and enabling the sector if they win the right to government at this election.

Party spokespeople are also making the rounds to engage in debates and answer questions from the public in relatively open forums. This month, NZ Technology Industry Association (NZTech) is playing host to a panel of party members at the conclusion of the annual AGM, who will talk through their policy points and engage in discussion with attendees.

The same four will be seen addressing a Canterbury audience, and answering questions on their issues, at a panel organised by the Canterbury Software Cluster in Christchurch on the 5th of August.

Event registrations, and questions for the panel, can be submitted here.

As the debates heat up, it is a good time to consider what the parties have in place in terms of policy so far. Here's a run-down:

At her keynote address during NetHui 2014, minister for ICT and the environment Amy Adams touched upon critical points of the government’s outlook towards the sector.

She reaffirmed the government’s agreement to provide $65 million towards Hawaiki Partnership’s proposed new second international telecommunications cable. The cable is likely to increase capacity and competition in international bandwidth provision in the country.

She also spoke at length on the role of the government in the sector.

“I see (the government’s role) as broadly two fold. Firstly, it is clear that the government has an important role to ensure the wider ICT ecosystem – including infrastructure, regulation, skills training and trade – supports and adapts to whatever the future holds.

"Secondly, as a major player ourselves in the New Zealand economy, we have to think incredibly carefully about how government procures and uses digital technologies to better meet the needs of our citizens.

"Looking first at our role in the wider ecosystem, I'm of the view that both the Internet and the Internet economy have been successful largely because they were not led by government. In my view, the optimal role for Government is to work on removing barriers and creating an economic environment where IT companies can thrive,” she stated.

When it comes to next steps, Adams spoke about connectivity for New Zealanders outside the coverage of UFB and RBI zones.

She also briefly spoke about net neutrality and Internet governance, though no details on how the government will be working towards or enforcing the concepts were provided.

The Labour Party’s policy document for ICT promises not only incentives for Kiwi businesses in the tech sector but also improves government procurement from local firms.

“By applying agile thinking and breaking large high risk projects in to smaller lower risk projects we open up the possibility of more New Zealand based companies winning work – who are often effectively excluded. This will have many downstream benefits to the wider NZ economy,” the Digital Economic Upgrade document states.

Government agencies will be under binding instructions to hold and share code for software that it paid to create, enforce transparency on ICT costs, require that costs are evaluated at a whole-of-government level and avoid conflicts of interest.

In the document, labour promises a revival of the R&D tax credit, contained or reduced structural costs to businesses starting with electricity prices, and government agencies that will be encouraged to adopt open software in preference to proprietary software, where appropriate.

Many of the stated goals to encourage innovation in the sector, including the creation of Garage Grants for tech start-ups, the establishment of the chief technology officer role and the encouragement of tech awards schemes, among others, were alluded to by Labour party members at the recently concluded InternetNZ conference, NetHui 2014.

The document also sketches Labour’s plans to address the skills gap in the ICT workforce of the country. These include a promised review of Immigration New Zealand’s points system for the skill shortage list, with a view to more accurately recognise the value of work experience in the sector.

In its ICT Policy document, the Green Party states that its visions include improving democratic processes through wide access to information and decreased resource use with appropriate use of technology, among others.

The document focuses on the need to increase productivity while reducing resource use, bridging the digital divide and the development of ICT in a socially responsible manner in the country.

“If sections of the community are excluded from modern information and communications technology, and the competencies associated with it, they will be excluded economically, socially and politically,” the document states.

Besides equity and access, the document outlines action points for opening up government data, ways to enhance learners through ICT in education, how the party will take a lead in open-source software procurement, among others.

The policy document also touches upon some key considerations in the country, including data and privacy, business taxation, and e-waste and ICT energy efficiency.

The Internet MANA party’s policies on ICT is broadly divided into 'Cheaper, Universal Internet' and 'Privacy and Internet Freedom'.

“The Internet Party is committed to pursuing policies that make New Zealand’s Internet cheaper and available for universal access, unlocking opportunities for economic growth, social justice, education, and, above all, fairness,” the document states.

In its policy proposals, the party promise to reduce internet costs by 50 per cent, and ensure universal access with fibre-to-all.

The party notes that the proposals will require new investment by both government and private business interests. According to a preliminary estimate, a total of $200 million of new government investment over five years will be required, which will be repaid over the following 10 years.

The above are, by no means, the only parties contesting the elections, or ones with ICT policies. Each policy differs in points touched upon and the amount of detail shared on action points.