Should EMC sell off its 80 per cent stake in VMware?

Talk has intensified in the past week that changes could be afoot in the strategic relationship between EMC and VMware. 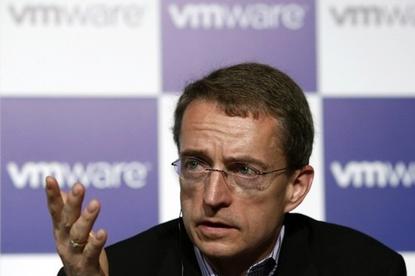 Breaking up is hard to do, but could a split be in store soon for EMC and VMware?

Talk has intensified in the past week that changes could be afoot in the strategic relationship between the two tech companies. EMC currently owns an 80 per cent share of VMware, but a new activist investor is asking for that to change.

Investment firm Elliott Management bought up about $US1 billion worth of EMC shares to gain about a 2 per cent hold of the company. The Wall Street Journal reported that with the new position, Elliott officials planned to try to convince EMC leadership to sell off some of its share of VMware.

EMC is one of the leading providers of storage arrays for enterprises, but it also has a number of other lines of business. In addition to owning 80 per cent of VMware, the company also owns RSA, the security vendor, and is a holder in Pivotal, a spin-off that combined assets from EMC and VMware that has also received an investment from General Electric.

The Journal reports that Elliott investors believe that EMC stock would get a boost if VMware is spun off. Elliott argues that both EMC and VMware are held back by the current management structure, which in some cases causes the groups to compete with one another. EMC, for example, recently launched an Elastic Cloud Storage Appliance, a private-cloud storage platform. VMware is making its own play in the private cloud market.

Officials from both EMC and VMware declined to comment on the situation, but in interviews and financial filings, the companies both seem committed to the current structure. In EMC's most recent annual report it stated:

"By dividing our strategy and executional focus across these three businesses, we can focus on each of their respective missions and offer customers horizontal solutions and more choices than they get from our competitors to maximize control, efficiency and choice.  We believe this strategy provides us with the opportunity to take advantage of the solid growth opportunity of EMC Information Infrastructure and the faster growth opportunities of VMware Virtual Infrastructure and Pivotal."

In a recent interview, VMware chief, Pat Gelsinger, gave no credence to a call just a few months ago for VMware and EMC to merge together. "Simple answer: No." He goes on: "It is working so well.  We have this federated model where each company has it strategic role, we're independent, we're loosely coupled and we go out and execute like crazy .. We're going to stay this way."

The companies haven't shown any signs of splitting or making any changes to their relationship. EMC, in fact, appears to be developing a strategy that will rely on VMware for its go-to-market cloud push; VMware, meanwhile, has its sights set on the big-players in the cloud IaaS market.

VMware is a substantial company though, and big enough that it could act independently; last year the company collected $5.3 billion in revenue.

Executive shake-ups at the three companies - EMC, VMware and RSA - show that these companies work together closely and they'd be expected to continue to do so in the future as well. Gelsinger, for example, is the former COO of EMC, while former VMware CEO Paul Maritz now heads up Pivotal. RSA's former President Tom Heiser is now at EMC, leading the company's cloud push there.

Other pundits have weighed; SeekingAlpha commentator Dana Blankenhorn thinks it's a horrible idea for EMC and VMware to split:

"Everything EMC is doing with VMware, with Pivotal, and with its RSA Data Security unit, obtained in 2006 for $US2.1 billion, is aimed at milking the EMC cash cow and creating new software businesses that can take on that load over time. The plan is working. But it's not going to keep working if vultures like Elliott are able to blackmail EMC into payouts aimed at their short-term gain at the expense of the long-term vision."

He adds though that one way to potentially appease activist investors would be for EMC to reduce its share of ownership in VMware, but still keep a majority. Whatever happens, it should be watched by customers and competitors, but at the end of the day it likely will not have any immediate impact on the products or strategy of either company.