Simon Moutter, Spark MD, said the company would look to pay out 9 cents for both halves of FY15, fully imputed. 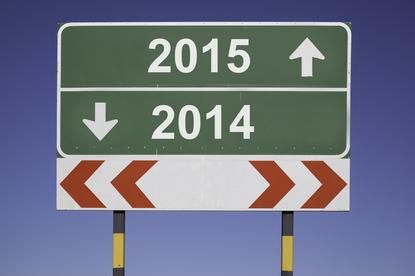 Spark New Zealand notched total revenues of $3.638 billion for the fiscal year ending June 30 2014, with the second half alone at $1.791 billion. This is a 2.6 per cent drop on the full year from last fiscal’s revenues.

The company’s net earnings from continued operations stood at $323 million for FY14 ($176 million for the half-year), a 7.7 per cent (3.3 per cent for half year) drop from year-on-year representations.

The company announced a 9 cents dividend for the half-year fully imputed.

“We expect to return to EBITDA and net earnings growth in FY15. Capex, excluding delayed spectrum payment, is forecast to decrease to around $420m in FY15,” he said.

Spark's Home, Mobile and Business (previously Telecom Retail) noted a 0.7 per cent and 1.8 per cent increase on full yearly and half yearly revenues, standing at $1.794 billion and $893 million respectively.

Fixed revenues dropped by 5 per cent for the whole year to $1.023 billion, while mobile saw a 10.4 per cent increase in yearly revenues to $744 million.

Spark Digital (formerly Gen-I) noted a 1.5 per cent decline in whole year revenues and stood at $1.288 billion for FY14. This included a 0.2 per cent growth in revenue in the second half of the year.

Speaking about capex and targeted investment for FY15, Jolie Hodson, CFO at the firm, said: “The IT stack re-engineering programme is on track with the first release completed in May 2014. The 2x20 MHz of 700MHz spectrum payment has been delayed from FY14 to FY15.

“The Takanini data centre investment is expected to complete in the first half of FY15. We are targeting long term sustainable core capex of below $400 million per annum,” she said.

Talking on guidance for the next fiscal, Moutter said: “We anticipate in FY15 low single digit decline in overall revenue. This will include modest growth in Spark Home, Mobile and Business, offset by declines in Spark Digital and Spark Connect, which is the wholesale division, corporate revenue and Southern Cross dividends moving backwards.

“We anticipate low single digit growth in earnings. This would include Spark Home, Mobile and Business, and Spark Digital moving into positive territory with earnings offset by declines in Spark Connect and corporate. The net result will be a little positive.

“For capex, excluding spectrum, we are forecasting around $420 million for FY15. The spectrum payments fell into the FY15 year and we anticipated it to be in FY14 year. That is a cash cost that we will see this year.

“We expect to pay 9 cents dividend in both halves of next year, fully imputed. That will be a full year dividend of 18 cents,” said Moutter.

Moutter also said the company is expecting double digit revenue growth from cloud services in FY15, with Lightbox – which is to be launched on 28th August – to count around 70,000 paying subscribers by 30 June 2015.

“We will be deploying 4G using 700 MHz spectrum and deliver the second release of the re-engineered IT stack in FY15. We also expect to complete the turnaround programme and embed methodologies into business as usual,” Moutter said.