“The security and intelligence sector has been undergoing significant change at agency and operational level." 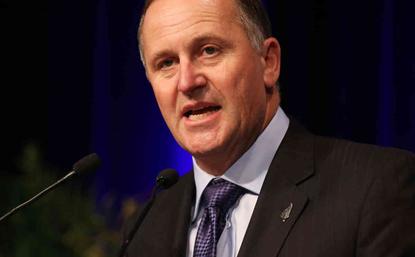 Prime Minister John Key has announced the creation of a new role of Minister for National Security and Intelligence as part of wider changes to the way the security and intelligence area is governed.

“The security and intelligence sector has been undergoing significant change at agency and operational level,” Key says.

“It makes sense for us to also take a fresh look at how the governance of the sector is structured.

“The Ministerial changes I am announcing will make our structure very similar to that seen in Australia and Great Britain, and further strengthen the governance of what is an absolutely crucial sector for New Zealand."

As Prime Minister, Key will take on the new role of Minister for National Security and Intelligence, where he will be responsible for leading the national security system – including policy settings and the legislative framework.

The roles of Minister Responsible for the GCSB and Minister in Charge of the NZ Security Intelligence Service will be filled by Christopher Finlayson, who is also Attorney-General in the new Cabinet.

“The arrangements mean I will lead the national security sector and set the overall framework it operates within,” Key says.

“I will continue to have regular briefings from the sector’s Chief Executives about the security environment and developments both domestically and internationally.

“The Responsible Minister will operate within the framework I set and exercise ministerial oversight of the NZSIS and GCSB, including approval of warrants.

“Officials have examined models used overseas and what we are adopting is very similar to what is seen with our closest partners."

Key also revealed that Amy Adams will be appointed as Acting Attorney-General to exercise statutory functions where there is a specific role for the Attorney-General under New Zealand’s security and intelligence legislation.

“For example, Ms Adams will have responsibility for appointing reviewers to conduct the periodic review of the intelligence agencies, the legislation governing them and their oversight legislation,” Key says.

The Ministerial changes are part of an ongoing programme of change within the sector, including the strengthened oversight of the agencies and the restructuring of the Department of the Prime Minister and Cabinet’s intelligence coordination role.

“In addition to this it is my intention to create a new National Security Committee of Cabinet, which I will chair as Prime Minister, and with oversight of the intelligence and security sector,” Key adds.

The committee is likely to be made up of the Prime Minister, Deputy Prime Minister, the Minister responsible for the intelligence agencies, the Foreign Affairs and Defence Ministers and Adams - other Ministers would be invited to attend as appropriate.

“Our national security system is well-placed to deal with events and threats in the ever-changing environment we see,” Key says.

“The changes I’m announcing will further strengthen our structure and ensure we have a clear and practical set-up into the future.”