“New Zealand technology companies are pursuing global domination in a way we would never have imagined or talked about..." 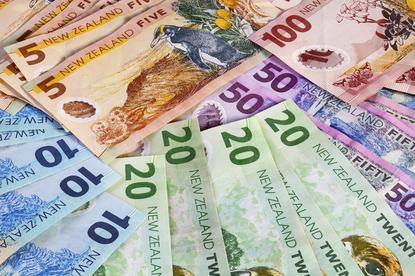 New Zealand ‘s Tech Export Sector’s revenue has increased by 62 per cent over the last decade to a record $8.3 billion.

That's according to the Technology Investment Network (TIN) who released its tenth annual TIN100 Report today, a report which measures the performance of the New Zealand technology export sector.

Greg Shanahan, TIN Managing Director, points to increased confidence across the tech sector with companies more focused on market leadership, as a key change in the ten years since the first TIN100 Report was published in 2005.

“New Zealand technology companies are pursuing global domination in a way we would never have imagined or talked about when we produced the first TIN100 Report in 2005," he says.

“With 10 years of data it’s clear that the New Zealand Tech sector is heading in the right direction.

"Although it was the 17 companies with revenues over $100m that delivered the bulk of the increase, in 2014 we’ve had a record $52m or 8 per cent growth for the smaller tech (TIN100+) companies.

"ICT continues to perform well, but manufacturing is back in growth mode."

Shanahan says IT Services growth slowed for the $1.2bn revenue TIN100 sector in 2014; but Software Development companies continued to grow strongly in most markets, increasing total revenue by 15 per cent to $1.3bn over the year - for TN100 and 100+ companies this revenue is up +78 per cent on 2010.

TIN100 Healthcare, a $1.3bn export sector, grew by $125m (+11 per cent) due to good performances from well known companies such as F&P Healthcare, Orion Health and AFT Pharmaceuticals.

“Primary Sector Technology, growing by +10 per cent to revenues of $789m in 2014, is on its way to becoming the fourth NZ$1bn TIN100 revenue secondary sector," Shanahan adds.

"Six of the 11 companies profiled in this sector have revenues over $50m and three over $100m.

“Our largest tech companies are leading the charge in benefitting from a revived US economy.

TIN has identified several key themes for the tech sector over the last decade:

* Confidence to go after number one position in the market

* Confidence to pitch for the big jobs