Why deal strengthens Microsoft’s position and throws Dropbox a lifeline

“As well as strengthening the position of Microsoft Office over Google Apps for Work, the deal also throws something of a lifeline to Dropbox." 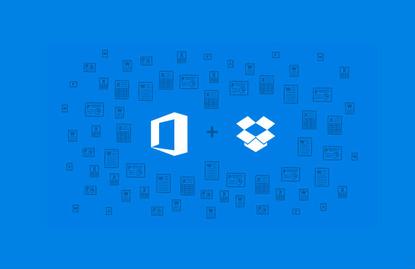 Microsoft and Dropbox have announced a partnership that will provide users of their products with more choice in how they work together and collaborate.

Ovum’s global employee survey suggests that 45% of those using file sync and share technology at work are using Dropbox, so CIOs and IT managers should take note and consider the possibilities and options that this deal presents.

Ovum’s 2014 global study of 5,187 full-time employees indicates that 89% of individuals using file sync and share technology at work are using at least one consumer product, and 29% are using three or more consumer and/or commercial products to get work done.

Edwards believes that Microsoft’s opening-up of its mobile apps to Dropbox, and others will surely follow, could provide IT managers with a solution to the so-called “Dropbox problem” – which isn’t really a problem as such, just an opportunity that hasn’t yet been grasped.

“If 45% of employees using file sync and share at work are using Dropbox, then at least information managers know where those work-related files are residing,” he adds.

“The next step is to regain control. This can be accomplished quite easily by implementing Dropbox for Business and gaining the cooperation of the workforce, and this deal just made this easier.”

Microsoft has said it will update its Word, Excel, and PowerPoint Office apps on iPhone, iPad, and Android over the coming weeks so that users can directly view and edit Office files stored in their Dropbox accounts.

Users require an Office 365 subscription to use the Office apps on mobile devices, so this deal is not without commercial benefit to Microsoft, explains Edwards.

“As well as strengthening the position of Microsoft Office over Google Apps for Work,” he adds, “the deal also throws something of a lifeline to Dropbox, which, although home to some 35 billion Office files, has struggled to keep up with Microsoft and Google in the escalating online ‘storage wars’.”

Please note - this article has been updated: The desktop applications, i.e. the tools business used to create 99.9% of content, require a subscription or licence. Expect to see new capabilities appear in the next version of Office for desktop.