Ensuring NZ business continuity in the borderless enterprise in 2015…

“This expansion of the borderless enterprise is increasing the difficulty for IT to ensure the end-user experience and business of its workforce." 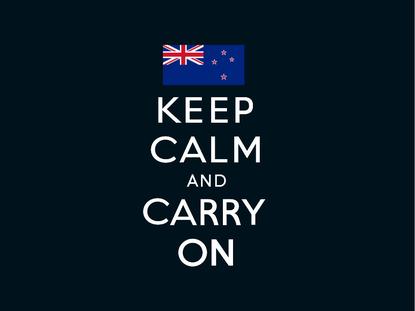 The borderless enterprise phenomenon is being driven by the adoption of cloud, mobile devices and wireless access, opening up what has traditionally been thought of as the enterprise network.

As far as the New Zealand enterprise space itself is concerned, the perimeters are disappearing.

“This expansion of the borderless enterprise is increasing the difficulty for IT to ensure the end-user experience and business of its workforce,” says Bruce Kosbab, CTO, Fluke Networks.

“Cloud technology, particularly Software-as-a-Service (SaaS) applications, have enabled groups within the enterprise to treat the cloud as an IT vending machine.

“In a borderless enterprise, business operations teams, sales, marketing, manufacturing, HR and the line of business (LOB) groups, can procure and implement their own applications, often without IT involvement.”

Speaking to Computerworld New Zealand, Kosbab believes this dynamic is a “blessing and a curse” for IT in the enterprise because this agility comes at a cost and impact to what IT must do.

“We now have an enterprise in which business users are accessing applications, hosted in the cloud and purchased by enterprise business executives (not IT), while using their own devices to access those applications, over third-party infrastructure, which IT neither owns nor manages,” he explains.

“However, IT is still responsible for ensuring the end-user experience of all of those users regardless of how, when, where and what applications they are using.”

According to Kosbab, the five challenges in ensuring the end-user experience in a borderless enterprise are:

1. IT is caught unaware:

“Once upon a time new application deployments were well-planned, including change management, user acceptance testing and organisation-wide communications.

“Some deployments are still executed this way. In the SaaS economy, this has changed. End users bypass the traditional IT process because they can, resulting in faster deployment and, arguably, increased business efficiency.

“Yet when problems occur IT is still required to solve them even though they may not have anything to do with the infrastructure being used.”

“Organisations often look for someone to blame when things go wrong.

“In a borderless enterprise, finding someone to blame becomes more complex because business users are now involved in choosing and deploying applications and services without input from IT. This leads to longer problem resolution time and greater business impact.”

“Current technology trends, and user mobility and behaviour drive IT complexity. While the cloud can simplify the enterprise, the ease with which business users can deploy new technology introduces much more complexity in the delivery chain than ever before.”

“IT does not have the same level of visibility in managing the end-user experience of cloud applications compared with on-premise applications.

“Applications that once ran inside a controlled corporate network are now running in any number of locations in the cloud.

“Their performance relies on the best-effort nature of the Internet, making it difficult for IT to gather data to diagnose application and network problems. Contributing to the blindness is that mobile users use third-party networks, which IT has no visibility into.”

5. Many problems can’t be solved with a product:

“Many problems can’t be solved with just the product. This is a shift in the way the IT work is required. Instead of just improving the speed at which problems are found and fixed, organisations need to reduce the occurrence of them happening in the first place.