“Both the roll-out and uptake are making solid headway, with around 536,000 end users now able to connect to UFB." 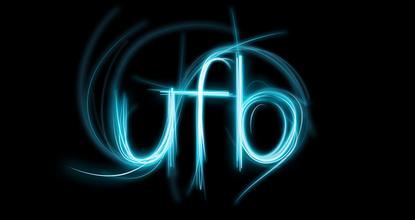 Connections to broadband have accelerated by nearly forty per cent over the past quarter as more households, businesses and schools are able to join the fibre network across New Zealand.

“Both the roll-out and uptake are making solid headway, with around 536,000 end users now able to connect to UFB,” Adams notes.

“As fibre is rolled out across towns and regions, we’re seeing momentum around uptake build as more Kiwis recognise the benefits of increased speeds and reliability that fibre provides.”

In the three months to September 2014, 15,500 more end users connected to UFB, bringing the total connected users to 55,000 (an increase of 39 percent on last quarter), or more than 10 per cent uptake nationally - this compares with a national uptake rate of 7 per cent in the previous quarter.

“The Government is committed to building world-class fibre infrastructure and the long-term gains it will bring,” Adams adds.

“Faster broadband is critical to growing the economy, driving innovation and improving outcomes in education, health and the not-for-profit sector.

“The next step is extending UFB from a target of 75 per cent to 80 per cent of New Zealanders, funded from the Future Investment Fund as announced during the election campaign.”

In October, Te Awamutu became the second town in New Zealand to have its UFB build complete, with over 5,300 end users in the Waikato town now able to connect to UFB, while more than 2,200 schools across New Zealand now have fibre installed and ready for service.

Under the RBI, more than 70 per cent of the tower upgrades are now complete with 282 upgraded and 98 new towers installed since the start of the programme.

During the last three months, over 1.2 million unique Vodafone customers accessed mobile services from the 98 new towers built under the RBI, while seventy-five thousand lines have been upgraded under the RBI to deliver improved copper services.

• $1.65b already committed to UFB and RBI • Between $152m and $210m for phase two of UFB • $150m boost for phase two of RBI • 536,000 end users able to connect to UFB • 15,000 more users connected since last quarter – a rise of 39 per cent • 67,000 already getting faster broadband under RBI • 1.2m Vodafone customers accessed mobile services from 98 new towers built under RBI • 6 per cent ahead of UFB build schedule • Te Awamutu is the second town to be fully-fibred • 2,200 schools have faster broadband • Three quarters of RBI tower upgrades completed