Remember when Netflix said NO to NZ?

As Netflix sits in the San Francisco International Airport departure lounge, eagerly awaiting its visit Down Under in March 2015, do Kiwis remember when the online streaming service said No to New Zealand? 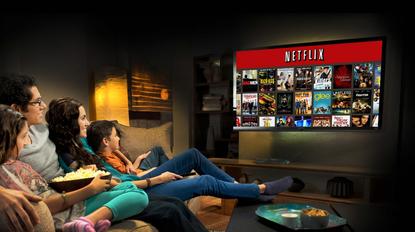 As Netflix sits in the San Francisco International Airport departure lounge, eagerly awaiting its visit Down Under in March 2015, do Kiwis remember when the online streaming service said No to New Zealand?

The date was 24 November, 2011, almost three years to the day, the journalist was Sim Ahmed and the story was Computerworld New Zealand.

“There are no current plans to launch Netflix in New Zealand,” said Brent Ayrey, vice president of product innovation at Netflix, during his keynote presentation at ITEX.

Blaming poor broadband and content deals as the key reasons for keeping the popular online streaming service away from Kiwi shores, Ayrey expressed concerns about the country’s broadband infrastructure at the time, questioning whether it could handle the amount of data Netflix requires.

"It's really a function of do people watch TV?” he questioned. “Do we have the content? Does the internet infrastructure work? The answer for at least the last question for New Zealanders is no.

“The way we think about our international opportunities is that it’s a little bit tactical in terms of the content we can access, and then it’s about broadband connectivity.

"Generally when we look at potential markets, metered broadband is a deterrent.”

Speaking at a time when broadband penetration in New Zealand stood at 66 per cent, and Sky Television’s iSky and Fatso stood in the way of distribution rights, Ayrey, and Netflix were understandably not keen.

But with Ayrey now departed, leaving the company in February 2012, it appears Netflix’s attitude towards New Zealand, and its internet infrastructure has changed.

Or so it would seem.

While refusing to compare services from “one country to another”, Netflix’s Director of communications and technology Cliff Edwards has already dismissed reports that the company’s Kiwi offering could be a “poor man’s version” of its American service.

At this early stage, time will tell but Computerworld NZ has approached Netflix for comment and will update the story accordingly.