“The importance of science and innovation for our country can’t be underestimated." 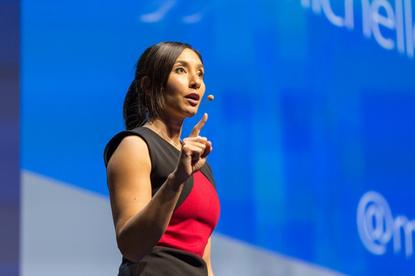 The relevance of science and technology to Kiwis’ lives continues to improve significantly, with 90 per cent of respondents agreeing on the importance of studying those subjects at school.

”The Science in Society project is a unique opportunity for the education and science sectors to work together to encourage better engagement with science and technology across New Zealand,” Joyce says

“This survey provides evidence that supports many of the project’s objectives and actions, and will be used as part of the overall evaluation of its effectiveness.”

According to the findings, 83 per cent of respondents consider science important for New Zealand’s international competitiveness, improving health (91 per cent) and preserving the environment (87 per cent).

A subject which has been made fashionable by the rise of Auckland-based Dr Michelle Dickinson, aka ‘NanoGirl’, among many other industry figures, an encouraging 80 per cent also think it is important to be kept up to date on science issues while 82 per cent think science is important for addressing key challenges affecting society.

Parata says the survey also shows opportunities to improve the relevance and communication of science, with the package of actions in the blueprint for the Science in Society project, A Nation of Curious Minds: He Whenua Hihiri I te Mahara, aimed at making “real progress” towards addressing those issues.

“The importance of science and innovation for our country can’t be underestimated,” Parata adds.

“Getting more kids engaged and achieving in science education is vital to prepare them for the 21st century, and I know our teachers are committed to doing that.”

The Science in Society project has been developed in response to the National Science Challenges Panel’s leadership challenge to improve the understanding, skills, and adoption of science and technology in New Zealand.

The blueprint was released by oyce and Parata in July  and developed by the Ministry of Business, Innovation and Employment and the Ministry of Education, with close involvement from the office of the Prime Minister’s Chief Science Advisor.

“Science and the knowledge and innovation that flow from it play a critical role in creating and defining our future,” Joyce adds.

“They are fundamental to our growing economy and improving living standards for all New Zealanders.”