Microsoft NZ and High Tech Youth Network encourage students and teachers from across the country to try coding for an hour during Computer Science Education Week. 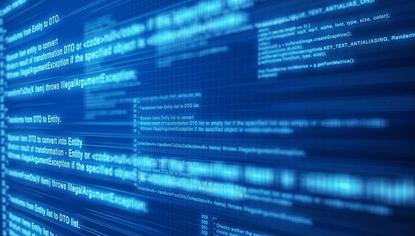 Students from New Zealand will today be among the first in the world to participate in this week’s ‘Hour of Code’ event, a global campaign aiming to encourage 100 million students around the world to try an hour of computer coding.

Described as the largest learning event in history, the Hour of Code is supported by over 100 partners and organized by Code.org for Computer Science Education Week, starting today.

During the week, students and teachers can visit the web site and complete an hour of activities that will introduce them to the basics of coding and computer science.

As a global sponsor of the 2014 campaign launch, Microsoft’s CEO, Satya Nadella says the Hour of Code aims to help students discover the fun of coding and – more importantly – how it can be a catalyst to create and achieve great things.

“Together, we can foster a vibrant pool of technically talented young people who are passionate and empowered to change the world,” he says.

Mike Usmar, CEO of the High Tech Youth Network – which is partly funded by Microsoft through its YouthSpark programme – says HTYN will be actively participating in the Hour of Code event this week through its three main studios in West Auckland, Otara and Hamilton.

"This is why coding is already one of the core components of our teaching programme at the Network.

“We have been seeing an increasing groundswell of interest from teachers who ask why coding isn’t part of their core school curriculum.

"The Hour of Code event provides a great opportunity for educators to change this by familiarising themselves and their students with the basics of coding, so they can encourage their school to incorporate it into general school curriculum.”

Microsoft New Zealand is also encouraging schools, teachers and students to participate in the Hour of Code event this week as a lead up to the main ‘Week of Code’ event Microsoft will be spearheading in schools during March 2015.

“With young people today facing an unprecedented level of technological change in the workplace, supplying them with the right level of digital training can propel them into interesting and exciting careers,” says Evan Blackman, Education Sector Director, Microsoft New Zealand.

“Equipping young people with digital skills isn’t only about helping them in the job market, however. Coding is just one important part of developing broader digital skills which can help students grow their creativity, flexibility and problem-solving abilities.

“Learning to code can help students understand the increasingly digital world around them. In today’s knowledge-based economy, Computer Science Education should be considered a curriculum cornerstone, as much as reading, writing or mathematics.”

Now into its second year, the Hour of Code movement initially reached 20 million students in December 2013 alone with half of all participants girls.

Since then, the Hour of Code movement has gone worldwide, with tutorials translated into more than 30 languages.