Enterprise on the rise as NZ ranks no.1 for SMB Office 365 adoption

“Backing up on global trends, what we’re seeing in New Zealand in terms of Office 365 adoption is perhaps more advanced than other markets." 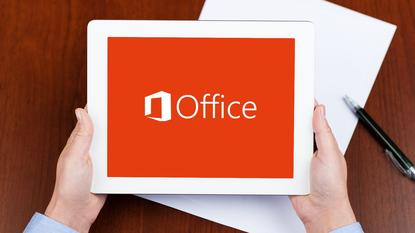 New Zealand small-medium businesses are leading the world when it comes to Office 365 adoption, with 15% of the market now moving to the cloud with Microsoft.

The news follows the software giant’s announcement earlier this week that its cloud services portfolio, containing Office 365 and Dynamics customer relationship management (CRM) online, will be available from two data centres in Australia by March 31, 2015, Microsoft.

“Particularly within the SMB market, New Zealand is number 1 globally for Microsoft in terms of market share for Office 365.

“We’re seeing a continuous rise in SMBs moving their services to Office 365 across the country, it’s increasing on a monthly basis and we’re adding close to 1% market share per month.”

Speaking at a media briefing in Auckland following the Australian announcement, Muckleston cites the “strong work” Microsoft New Zealand has done in engaging local channel partners, resellers and system integrators from the offset, providing insight into how partners how can now build a business around taking customers to the Microsoft cloud.

“We’re showing strong momentum in the market and while we’re number 1 in the world it’s still early days and when the majority of SMBs across New Zealand do make the decision to move to the cloud, we hope they make it with Microsoft. We’re certainly off to a great start.”

On a global level, Microsoft’s Office 365 momentum continues to gather pace, with the division operating off a commercial cloud run rate of US$4.9billion, with over 50% of Office 365 revenue originating from international markets.

But while the company continues to expand its footprint within the SMB space in New Zealand, Muckleston acknowledges the need to further capitalise on the enterprise market, as it slowly but surely transitions to the cloud.

“Aside from the SMB momentum we’re seeing strong growth in terms of larger enterprises in New Zealand,” he adds.

“They took a little longer to get on board due to issues around data sovereignty and the location of New Zealand, but as they become more familiar with cloud services, we can report that 50% of our top enterprise customers have made a commitment to move to Office 365.”

Citing Auckland Transport, Les Mills and Icebreaker among many other Kiwi customers, Muckleston believes Microsoft’s move to Australia, in bringing two geo-redundant data centres Down Under - will “significantly help this momentum.”

With immediate benefits around latency and data sovereignty, for Muckleston, Microsoft’s Australian data centres - based in New South Wales and Victoria - represents a “faster and closer” service for Kiwi businesses of all sizes.

“Perception is a big factor also,” he adds. “Particularly in areas such as healthcare, government or banking, knowing your data is going to be based in Australia, and crucially, that it isn’t going to leave Australia, helps answer some concerns around data sovereignty and privacy.”

Reporting further traction amongst the higher education sector, including the University of Otago and non-profit organisations, such as the Child Cancer Foundation, Microsoft’s Office 365 footprint in New Zealand is expanding at a rapid rate.

But as the country ends the year ahead of the curve in terms of SMB Office 365 adoption, for Muckleston and his team, making serious inroads in enterprise will no doubt prove as equally satisfying.