“This partnership is an ideal way to help foster local innovation across the country..." 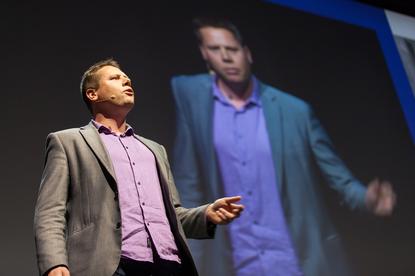 Microsoft Ventures is once again partnering with New Zealand’s leading startup accelerator, Lightning Lab, to provide local entrepreneurs with mentorship, support and access to top technical and business talent in 2015.

A global initiative to help entrepreneurs build companies by working with startups at every stage of maturity, Microsoft Ventures provides tools, resources, and expertise for startups across the country.

After first partnering with Lightning Lab for the 2014 programme, this year, Microsoft Ventures’ support arrangement will cover the next 20 months.

“We have been working hard to build on the success of Lightning Lab since its inception two years ago, and while there is still hard work ahead, this partnership is extremely encouraging for the participating startups and the investors who are backing Lightning Lab," he says.

Previously Wellington-based, Lightning Lab is now a national organisation, and will run programmes in Wellington, Christchurch and two in Auckland before 2017. Lightning Lab was founded by Creative HQ.

The next programme, Lightning Lab Auckland, will start in March 2015 and provide the ten most promising startups in New Zealand with a 12-week programme to accelerate their ideas and bring new ventures to market - the ten teams will be announced in mid-February.

Nigel Parker, Director for Developer Experience at Microsoft New Zealand says the participating startups will gain access to the latest tools and resources provided through the Microsoft BizSpark programme, including free tablets and smartphones.

“We support entrepreneurial communities all over the world and Lightning Lab is a leading engine in the New Zealand startup scene,” Parker adds.

“This partnership is an ideal way to help foster local innovation across the country by working with the next generation of entrepreneurs who have an opportunity to change the world.”