ShoreTel asks... What’s the next big thing in terms of how we interact? 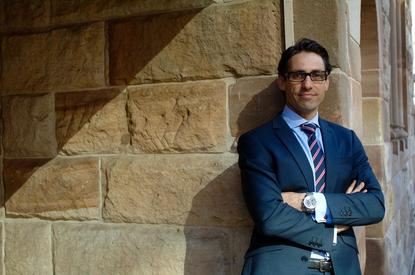 As reported by Reseller News in November, ShoreTel has enjoyed a strong year during 2014, triggered by a high adoption of its phone systems and unified communications (UC) solutions for the cloud and premises across the Australia and New Zealand region.

With the New Year around the corner, Romanin provides expert insight into key trends impacting the industry in 2015…

1. Human communication and collaboration will remain key to business in 2015 and beyond, despite the hype around the 'Internet of Things' and M2M – machine to machine communications.

"The majority of businesses are based on the interaction between people, so what’s the next big thing in terms of how we interact?" Romanin says.

As a result, Romanin believes that in 2015 the different forms of personal interaction – voice, video, text and social media – will become ubiquitous across all devices.

"All the technologies we use (including wearables) will increasingly be able to undertake all forms of communication," he adds, "and start to be used to communicate with all the other 'things' connected to the Internet."

2. Hybrid implementations will become the dominant infrastructure model for medium to large enterprises, with a mix of on-premise hardware and cloud services even in the delivery of a single vertical application.

"For example," Romanin explains, "with telephony and unified communications, today a lot of organisations are deciding, ‘do I go with an on-premise solution or a hosted or cloud-based service?’

"However, many organisations are now starting to consider what components of telephony or UC they want on-site and what they want to consume from a cloud service provider.

"Hand-in-hand with this emerging hybrid model, in 2015 there will be a lot more attention focused on the end user experience: how can you provide a consistent user experience across applications, regardless of how that application is being delivered.

"From a UC perspective, you might be using on- premise core telephony and a cloud-based conferencing service – so how can you provide a common user interface and consistent experience for the user making a phone call or participating in a video conference?"

3. Organisations will increasingly lose their dependence on wired infrastructure and become more mobile.

"That trend is in part driven by the rise in flexible working practices and office environments," he adds, "in part by the improvements in both wireless networking and cellular infrastructure, and in part by the adoption of smartphones and tablets that as the preferred device to the desk phone and PC."