"The prevalence of poor password policies is mind boggling..." 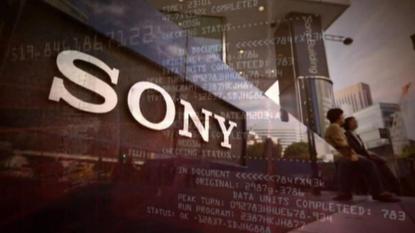 CyberArk has outlined its security predictions for 2015, with the industry expert claiming the recent cyber attacks on Sony is in fact the norm, and not an anomaly.

"In terms that Sony is being called out for in terms of poor security are very common across enterprises," the CyberArk report claims.

"The prevalence of poor password policies is mind boggling – CyberArk sees this all the time when we meet with prospective customers at large Global 2000 enterprises."

According to CyberArk, distributed in New Zealand by Connector Systems, the company regularly encounters unknown/undiscovered service accounts, through privileged passwords that have not been changed in as many as 25 years.

Below are the company's top security predictions for 2015:

Reign of the insider threat

The insider threat is expected to take centre stage, with greater sophistication, in the security landscape in 2015 as they have proven to be the quickest way to breach networks and steal data.

"Organisations will start to be more aware that insider threats cost more than being breached by an external attacker, and continue to invest more in behaviour indicators and classifying data and monitoring access."

The ‘six degrees’ that separate attackers from your IP / data often include a vendor with access to your systems or other remote access.

Threat investigators have traced attacks to non-traditional targets such trucking companies and all types of professional services firms, from management consultants and auditors to litigation attorneys, frequently as a key step in an attack on a business partner.

"Of this group, 58 per cent of organisations have no confidence that third-party vendors are securing and monitoring privileged access to their network."

The Internet of Things (IoT) in enterprises

In 2015, enterprises will start to adopt devices that communicate with each other, giving rise to the Internet of Things (IoT).

According to Gartner, 4.9 billion connected things will be in use next year, an increase of 30 per cent from 2014.

"Security issues surround IoT will also gain traction due to the fact that these devices are not inherently secure which could potentially lead to device hacks or data leakages," CyberArk claims.

"Organisations will increasingly be concerned with who manages and operates these devices, and technology approaches to manage the security and risk of IoT."

Malware targeting the banking industry is expected to be more advanced in 2015.

"Other than the usual phishing and social engineering attacks, banking malware used by cybercriminals are expected to be stealthier, being able to hide on networks, targeting privileged accounts," CyberArk says.

As a result, they will also have capabilities such as being able to steal users' credentials, along with harvesting data to send back to command-and-control systems used by cybercriminals.

"This will prompt enterprises to invest is safeguarding and restricting access to data on networks," CyberArk adds.

The healthcare industry will be a key target of cyber attackers in 2015.

A report by BitSight Technologies has already found that the healthcare and pharmaceutical industry ranks the lowest in terms of security performance compared to the finance, utility and retail sectors.

Such data has a longer shelf life and are therefore more valuable than users' financial data which are likely to change over time.

"With IoT gaining traction among organisations, there could potentially be security breaches of medical devices such as pacemakers."

"This will put added pressure on organisations in the region to secure the data of customers," CyberArk claims.

"This includes coming up to internal data protection strategies such as having privileged and restricted access to more sensitive customer data."

Social media, along with collaborative and social tools such as Google Docs have gained traction in recent years and the trend is expected to continue into 2015.

However, social media and tools are set to be the next threat vector for enterprises.

Many organisations have corporate social media pages but do not have the same vigilance level when it comes to security, as compared to sensitive corporate data.

"Hackers and malicious insiders will target the passwords for these accounts, which are easy to crack and are shared among teams."

Organisations have turned to cloud computing and mobile devices to stay competitive as well as increase the productivity of employees in recent years.

"As the use of cloud continues to grow in enterprises in the year ahead, SaaS, PaaS and IaaS will lead to an explosion of privileged accounts due to its presence of third-party vendors on internal networks," CyberArk concludes.

"Organisations will look to enhance security of privileged accounts with more capabilities such as context-aware access controls and automatic credential management."