INSIGHT: Will it take 227 years for all NZ to be online?

Government must do more to close the digital divide… “At this rate, it will take 227 years to provide internet access to all those who need it.” 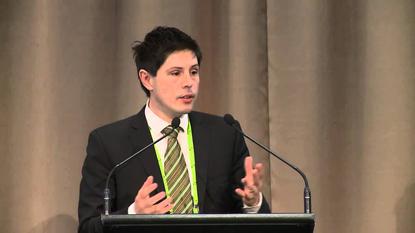 The Government is not doing enough to close the digital divide between those who have internet access and those who don’t, according to Gareth Hughes, ICT spokesperson, Green Party.

As reported by Computerworld New Zealand, data released by Statistics New Zealand reports that over 340,000 households – one in four – don’t have internet access, rising to as much as 45% of households in poorer areas.

“Programmes like Computers in Homes can reach 1500 households a year with current levels of government funding,” Hughes says.

“At this rate, it will take 227 years to provide internet access to all those who need it. Clearly the Government needs to step up its funding to the community organisations who are working to close the digital divide.

“Internet access isn’t just a nice thing to have any more. It is essential if kids are to learn the skills they’ll need as citizens in the twenty-first century.”

Hughes believes that if the Government is serious about addressing inequality, making sure children in low income households have the same digital education opportunities as children in wealthier households is “very important”.

“Kids who don’t have internet access are hugely disadvantaged compared to their classmates,” he says.

“For example, the National Library’s curriculum topic support service – which lends non-fiction books to schools and their students – is being cut in favour of ‘curated online resources’.”

“Parents are also more likely to find well-paying jobs, according to Hughes, if they have good digital literacy and experience using computers.

“Households without internet access can’t participate in the digital economy, and they can’t save time and money by paying bills online and interacting with government services online, for example to renew their vehicle registration,” he adds.

“There is some good work happening to provide public internet access and community hubs, such as at libraries and the High Tech Youth Network’s Computer Clubhouses.

“But this isn’t a full substitute for internet access at home. Evidence from around the world shows that access to an internet-connected computer at home is essential to raising educational achievement and bridging the digital divide.”

In a scathing putdown of Government policies, Hughes claims the National Party needs to show leadership and vision, alluding back to the Green Party’s vision of appointing a Chief Technology Officer to develop a cross-government strategy to close the digital divide.

“The right to access the internet is the first of ten fundamental rights that the Green Party would like to see enshrined in law in the proposed Internet Rights and Freedoms Bill,” he adds.