CallPlus: What’s the state of the NZ internet?

TV and streaming video up, peer-to-peer sharing down, and, online shoppers turning to China. 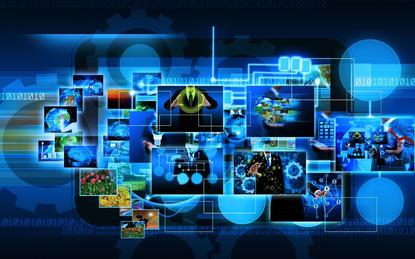 TV and streaming video up, peer-to-peer sharing down, and, online shoppers turning to China.

That’s what analysis of statistics from the CallPlus network, which includes Slingshot, Orcon and Flip, and represents 15 per cent of New Zealand’s telco market, has found.

Slingshot General Manager Taryn Hamilton says one of the most interesting trends is the increase in paid streaming which directly corresponds with the decrease in peer-to-peer file sharing on the CallPlus network.

“Our statistics show that BitTorent traffic is dropping at the same rate that paid streaming is increasing, which gives an indication that people are trading piracy for paid streaming,” he says.

“That’s great news because one of the main reasons we opened up Global Mode last year was to give New Zealanders access to the same content people overseas had.”

According to CallPlus findings, a quarter of Kiwi Internet traffic goes to Google and YouTube, with both websites coming out on top along with Facebook and Trade Me.

Rapidly climbing in popularity across the country are websites such as Netflix, BBC’s iPlayer, live gaming website twitch.tv-live, and other streaming TV services, with the number of new customers choosing an unlimited plan doubling last year.

While unlimited customers are still a minority, Hamilton says they use a large portion of overall bandwidth with an average unlimited fibre user consuming eight times the bandwidth of an average copper data-cap customer.

Last year average data consumption per household in New Zaaland increased 40% and this is certain to increase further in 2015, according to Hamilton.

More Kiwis are also importing goods direct from China, with aliexpress.com breaking into the top 25 most popular websites list - sites such as aliexpress, along with dx.com and dhgate.com, have increased in popularity because they offer free international shipping to New Zealand.

Meanwhile, Hamilton’s predictions for 2015 include yhe arrival of 4K streaming; “although it will remain niche and there will be no need to ditch copper just yet with new compression technologies being developed which should enable 4K over copper,” he adds.

“Streaming services will also result in a much higher percentage of traffic served from within New Zealand due to local Content Delivery Networks, with the number of streaming video services set to increase dramatically after Netflix’s New Zealand launch in March.

According to Hamilton, the city of Dunedin will average the highest data consumption per household thanks its Gigatown in late 2014, while for most Kiwis unlimited data plans will become the default across the country.