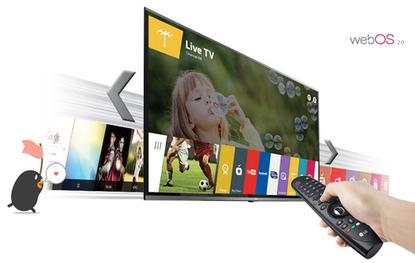 LG is placing as much importance on streaming content from Netflix as it is to broadcast TV in its new 4K OLED and LED TVs, which were announced on Tuesday.

LG announced a partnership with Netflix at the CES show in January, and said both companies were looking to beef up the quality of online video streams. Netflix at the time said that it was committed to improving the quality of its 4K video by implementing high-dynamic range (HDR) video technology, and that the results would show on specific LG TVs later this year.

LG has tuned WebOS to work better with streaming video, and also partnered with Amazon and YouTube to include native apps for their respective streaming video services with the TVs.

OLED TVs' colors and images are crisper than LED TVs' colors. The TVs are expected to ship soon, and LG said more 4K TV models will ship in the second half of this year.

The new TVs from LG come just one day after Samsung announced its new 2015 4K TVs, which run the Tizen OS.