Up against laws of physics, Bell Labs pushes network performance 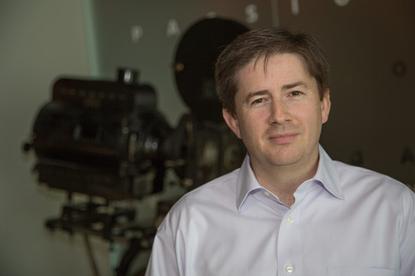 By using more spectrum and developing new ways to send multiple channels of data at the same time, researchers at Bell Labs are working to increase bandwidths over fiber, copper and the air.

Alcatel-Lucent's Bell Labs celebrated its Nobel Laureates and gave a sneak peek at some of the projects that are part of its vision for networks in 2020 at an event on Wednesday.

Because most network technologies have hit or are very close to the limit of what can be transferred over one channel, increasing speeds is getting more complicated. But Bell Labs President Marcus Weldon is convinced there is still room for major improvements.

Part of Bell Labs' plan for 5G is a pint-sized base station, or small cell, that can generate its own power by using solar energy or energy harvesting. The power consumption of current equipment has to come down for this to work, according to Weldon.

The base stations will be connected to the rest of the network without wires using massive MIMO (Multiple-Input Multiple-Output). MIMO uses multiple antennas at the same time to increase wireless speeds. The massive part comes from the use of 64 antennas that together create 16 beams to connect the base stations.

Bell Labs demoed a working prototype on Wednesday, but the unit is still not as small as Weldon wants.

"We are ironing out all the kinks and proof-of-concept shows it should be possible," he said.

The air interface sends and receives data in a mobile network, and the technology Bell Labs is working on promises to be more efficient what current 4G networks use. The base stations won't have to talk as much with connected devices, and vice versa. The reward is better battery life and networks that can handle more devices, which will help regular smartphone users and make the Internet of Things more viable.

The arrival of 5G will have repercussions on other parts of operator networks that have to keep up.

Copper probably isn't the first thing that comes to mind when talking about networks of the future. But it still has role to play alongside fiber, according to Weldon.

Operators such as British BT and Telekom Austria are backing G.fast, a new technology that increases broadband over telephone wires to hundreds of megabits per second using more spectrum and advanced measures for getting rid of interference. Building on the advancements in G.fast, Bell Labs can transmit speeds at up 10Gbps. For now, though, it only works over about 30 meters.

Even if copper is far from endangered, fiber will grow increasingly important. Here Bell Labs is working on optical networking technologies that can take advantage of fibers with multiple cores and send 1Tbps of data over each. Just like the cores on processors can handle different tasks, different traffic can be sent down the fiber cores.

However, getting that much data onto one of the cores is very difficult. And squeezing many cores into a fiber can result in interference that has to be removed. Just like the network equipment, the fiber are still being developed. Figuring all this out, and doing it economically, will be as big a challenge as anything previously developed.

"As usual in physics, you don't get something for nothing," said Weldon.