Most organisations not following incident response best practices and not well prepared to face the challenges of today's advanced cyber threats. 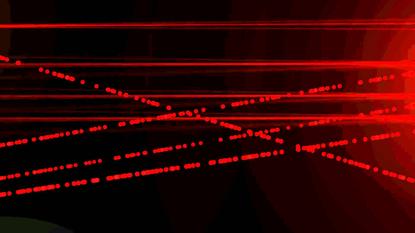 The majority of organisations are not following incident response best practices and are not well prepared to face the challenges of today's advanced cyber threats.

That’s according to findings from RSA, the security division of EMC, who has released results of a new global breach readiness survey covering thirty countries, comparing global results with a survey of the Security for Business Innovation Council (SBIC), a group of top security leaders from the Global 1000.

Using the SBIC as a benchmark, the survey focused on measures within four major areas of breach readiness and response, Incident Response, Content Intelligence, Analytic Intelligence, and Threat Intelligence.

The results suggest that organisations continue to struggle with the adoption of technologies and best practices that will allow them to more effectively detect, respond to, and disrupt the cyberattacks that turn into damaging breaches.

Incident response is a core capability that needs to be developed and consistently honed to effectively face the increasing volume of cyberattack activity.

“As business has become increasingly digital, information security has become a key area of operational risk and while many organisations may feel they have a good handle on their security, it is still rarely tied in to a larger operational risk strategy, which limits their visibility into their actual risk profile.”

The survey results also indicate that while all leading edge SBIC members have developed an incident response function, 30 percent of at-large organisations surveyed do not have formal incident response plans in place.

Furthermore, of those who do have a plan, 57 percent admit to never updating or reviewing them.

Content Intelligence in the survey measured awareness gained from tools, technology and processes in place to identify and monitor critical assets.

While all SBIC members have a capability to gather data and provide centralised alerting, 55 percent of the general survey population lacks this capability rendering them blind to many threats.

“First, a security operations team must have clearly defined roles and responsibilities to avoid confusion at the crucial hour.

Furthermore, most organisations recognise that basic log collection through SIEM systems only provides partial visibility into their environment.

External threat intelligence and information sharing is also a key activity for organisations to stay up-to-date on attackers' current tactics and motives.

The survey results indicated that only 43 percent of the survey participants at large are leveraging an external threat intelligence source to supplement their efforts.

Finally, attackers continue to exploit known but unaddressed vulnerabilities in damaging breaches. Despite this common knowledge, the survey found that 40 percent of the general population does not have an active vulnerability management program in place, making it more challenging to keep their security programs ahead of attackers.