iOS, Android or Windows? Who dominates the enterprise BYOD landscape?

BYOD movement continues to mature with more personal tablets joining employee-owned smartphones as the devices of choice for business productivity on the go. 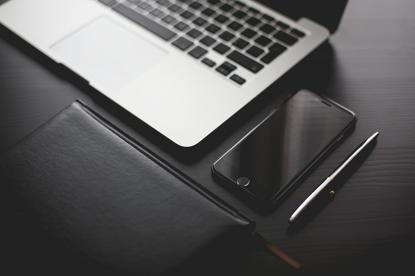 The Bring Your Own Device (BYOD) movement continues to mature with more personal tablets joining employee-owned smartphones as the devices of choice for business productivity on the go.

According to findings from Good Technology’s eleventh quarterly Mobility Index Report, iOS continues to show the strength of iPhone 6 devices in the enterprise with 72 per cent of all device activations in the quarter.

Meanwhile, Android market share grew to 26 per cent, while Windows Phone held steady with one percent of the market share in total device activations.

Specific to tablets, iOS maintained its lead with 81 per cent of all activations in the quarter.

But after checking in with 92 per cent during the same quarter last year, iOS surrendered market share to Android and Windows, which grew to 15 per cent and 4 per cent of the total tablet market share, respectively, in Q1 2015.

According to Good Technology chairman and CEO, Christy Wyatt, this demonstrates a “continuing trend of increasing diversity in the tablet marketplace.”

For the second quarter in a row, iOS significantly outpaced Android in regulated industries such as education (83 per cent), public sector (80 percent) and financial services (76 per cent), though its dominance in those industries dropped across the board from the previous quarter.

Android again saw wider adoption in less-regulated industries such as high tech (47 per cent), and jumped significantly in energy (44 per cent).

In addition, Microsoft operating systems increased in certain verticals for the first time, with Windows tablets making ground in retail at 5 per cent and Windows Phone grabbing share in entertainment and media to reach 7 per cent.

Over the past year, total app activations grew 160 per cent as companies enable their workforces with enhanced collaboration tools and corporate content across an increasing range of mobile devices.

According to the report, insurance emerges as an early adopter of custom apps with over a third of all apps activated focused on mobilising custom business processes.

“As organisations continue their secure mobility journeys, our customers are realising that they can transform their businesses with custom apps,” Wyatt adds.

According to Wyatt, insurance, in particular, is going through rapid business transformation that has resulted in aggressive custom app development, with 34 per cent of all apps activated by insurance organisations being custom built.

Financial services showed that speed to decision is a desirable feature, with secure Instant Messaging representing 27 per cent of all apps activated.

Business and professional services demonstrated a preference for apps that help mobilise content, with document editing, document access and secure browser making up 64 per cent of all apps deployed by these firms.

In manufacturing, almost half (47 per cent) of activated apps were secure browsers, indicating secure access to intranets and Web apps.

All of these trends illustrate that while usage patterns in unregulated and regulated industries may differ, mobilising key business processes is a key priority.