As more Kiwis rely on UFB, they are turning to battery back-up devices. 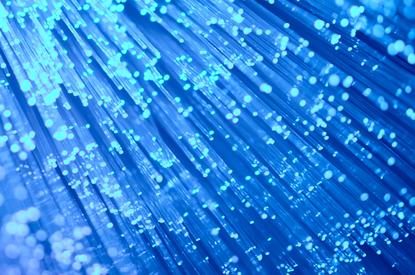 Over 618,000 homes, business and schools can now connect to Ultra-Fast Broadband (UFB) but as more people rely on UFB, they are turning to battery back-up devices.

New Zealand company Constant Vigil has developed Sentry Lite, a small low cost battery backup that provides power for up to two ISP provided devices in the event of a power outage.

Alan Jacks, Constant Vigil Technical Director, says there has been a marked increase in the uptake of fibre both to homes and businesses and Sentry Lite will maintain power supply for internet and Voice-Over Internet Protocol (VoIP) services for up to six hours of power outage.

“Fibre has opened up a new world of use of the internet and services such as VoIP which is used for phones and in-home security but what can’t be relied on without a battery backup such as Sentry Lite,” Jacks says.

The Government announced recently a 23 percent increase in the number of end users connecting to Ultra-Fast Broadband (UFB) over the first three months of 2015, with over 618,000 homes, workplaces and schools now able to connect to the UFB network.

As Jacks notes, uptake is at 13.8 per cent across the country, taking the total number of end users connected to the network to 85,544.

Jacks says better connectivity provides access to cloud based software and other benefits like high definition video streaming but these are ineffective if there’s no power. As a result, Constant Vigil worked with New Zealand telecommunication and ISP companies to develop and test the product.

And as Jacks puts it, the Sentry Lite Unit is the “size of a bar of soap.”

“The Sentry Lite product is unique in the New Zealand marketplace,” he says. “Competitor products tend to use inverter technology or provide raw battery output which makes them larger and more bulky, more suited to commercial installations.

“The Sentry Lite has been specifically designed to suit quick and easy residential deployment.”

Jacks says considerable product testing was undertaken in Christchurch where infrastructure improvements following the earthquakes continue to cause disruption and the fear of further natural disasters (and resulting power outages) in always on the minds of residents.

At present, the current Sentry Lite model has been designed to use a separate, standard, readily available lead-acid battery.

Jacks says a new model is also under development with an integrated lithium battery with end user swap-out capability as models tested with standard residential ONT/Router equipment from a number of separate ISPs have seen outage support in excess of six hours when using a standard 7Ah type battery.

“Unlike other solutions, the Sentry Lite uses buck-boost technology to ensure output voltages remains within specification even if the input supply is lower than the actual output voltage.

“Integrated smart battery charging ensures optimum charging, eliminates the risk of over-charging, and prolongs battery life. Batteries are estimated to be operational for in excess of 3 years with the Sentry Lite Unit.”

“This provides a more aesthetic installation and support for both devices,” Jacks adds. “All cables and replacement power pack are provided within the kit and power connections are custom designed to individual IPS equipment designs area also available.”

According to Jacks, the Sentry Lite product is designed and manufactured in New Zealand to ISO9001 quality levels.