“Brands like Anheuser Busch and McDonald’s put VMob in the big league globally." 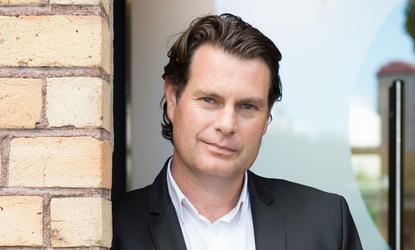 New Zealand end-to-end mobile personalisation Software-as-a-Service company VMob has today reported increasing growth, striking scale metrics and the addition of some of the world’s biggest brands to the client roster.

For the year ended 31 March 2015, total revenue grew 474 percent over the same period last year, with Annualised Committed Monthly Revenue (recurring revenue) growing at an increase of 1,707 percent over 2014.

ACMR is a key metric for Software as a Service (SaaS) businesses such as VMob, providing a basis for measuring ongoing performance, growth and value of the business.

According to VMob CEO Scott Bradley, the scale at which the VMob platform is processing data now surpasses many of the largest enterprise deployments in New Zealand.

As at the end of May 2015, at peak activity rate, the VMob platform was processing 6,800 transactions from mobile devices every second while in comparison, Paymark New Zealand’s peak load was 155 transactions per second on Christmas Eve of 2014.

Furthermore, Bradley says that global giants Anheuser-Busch, 7-Eleven, McDonald’s USA and Japan have all put their marketing budgets behind VMob’s mobile marketing platform in the last 12 months as the company’s worldwide footprint expands.

“Anheuser Bush holds 25 percent of the brewed beverage market globally and the McDonald’s deployments include 17,000 restaurants.

“The impact our platform can have on these brands is game-changing and in turn our business is growing and evolving at a very exciting pace.”

At precent, the VMob platform, which is powered by Microsoft Azure, has 14.6 million mobile apps installed on its platform, with powered apps currently used in 7,000 stores globally.

As the company grows, over 129 million new activities are accumulated per day, including an additional 258Gb of device activity data stored per day and as Bradley explains, a peak rate of activity storage is 43GB per hour.