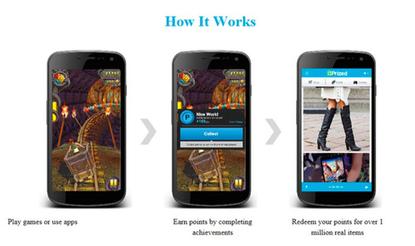 The developers of an app called Prized have settled with the FTC for allegedly secretly mining cryptocurrencies on phones.

The developers of a mobile app called Prized that secretly mined cryptocurrencies on people's mobile phones have settled with the U.S. Federal Trade Commission after being accused of deceptive trade practices.

Equiliv Investments and Ryan Ramminger, both of Ohio, settled for US$50,000, of which $44,800 will be suspended upon payment of $5,200 to New Jersey regulators, the agency said in a news release Monday. The suit was filed in U.S. District Court for the District of New Jersey last Wednesday.

The defendants were accused of violating the FTC Act and the New Jersey Consumer Fraud Act. As part of the deal, the defendants admitted to none of the allegations.

The Prized mobile app was available on Google's Play service and Amazon's App Store among others starting around February 2014. It presented itself as an app that rewarded people with points for playing games. Those points could be redeemed for items such as clothes and gift cards, the FTC said.

Although Prized claim to be free of malware, it contained a malicious component that mined the virtual currencies DogeCoin, LiteCoin and QuarkCoin. Those virtual currencies are generated by solving mathematical problems, which were processed by phones.

As a result, the computations used up people's battery power and ate through their monthly data plans, the FTC said.

The settlement requires the defendants to destroy any data collected through marketing and distributing the application. They are also banned from distributing misleading software or software that rewards people with points or prizes.