The Upload: Your tech news briefing for Tuesday, July 7 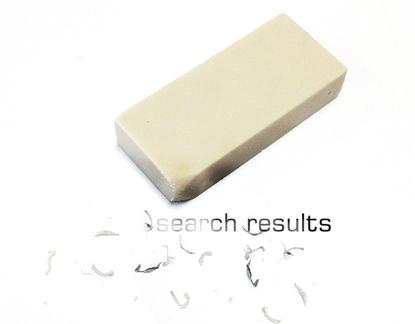 Consumer Watchdog will file a complaint against Google on July 7, 2015, in an attempt to get the search engine giant to offer the right to be forgotten in the U.S.

First they ignore you, then they laugh at you.... After a year of ridiculing a European court's "right to be forgotten" ruling, it seems that some Americans at least are beginning to think it's a good idea. The ruling required search engines to exclude certain pages containing personal information from their search results on request from the people concerned. Now Consumer Watchdog has asked the U.S. Federal Trade Commission to institute a similar right.

New York's State Supreme Court has overturned a verdict that programmer Sergey Aleynikov stole computer code for a high-speed trading system from Goldman Sachs. It's the second time Aleynikov has escaped the clutches of the investment bank once branded "a great vampire squid wrapped around the face of humanity" for its role in the 2008 financial crisis: He had previously been imprisoned for the same action under federal corporate espionage laws, but later released on appeal.

If they didn't drive so well, Google's self-driving cars might have fewer accidents. In June, the company reported two accidents involving its vehicles. There were no injuries, just scuffed bumpers, when the cars were rear-ended at stop lights by human drivers. Perhaps the drivers weren't expecting the cars to stop on red?

RideWith is all about the traffic: fewer vehicles, more data

Google subsidiary Waze is starting up a ride-sharing service in Israel to match commuters with similar routes to work. While one goal of RideWith is to reduce rush-hour traffic, the move may not be entirely altruistic, suggests The Next Web: The service will bring Google a wealth of additional information about people's driving habits that it can mine for its other services.

If we allow people to encrypt their financial transactions and other private communications, the terrorists will win: That seems to be the argument from U.S. Federal Bureau of Investigation director James Comey, who still wants to weaken encryption so he and his colleagues can open people's electronic mail. Tech firms fear that his testimony to the U.S. Senate Intelligence Committee in a couple of days could prompt the government to interfere with their security processes, the Wall Street Journal reports.

OpenSSL tells users to prepare for a high severity flaw

The developers of the cryptographic library OpenSSL, used to secure all sorts of online communications, have warned that they will be patching a serious flaw later this week. Given the number of websites that have yet to apply patches for the Heartbleed bug in the same code issued last year, Comey and crew may still have a backdoor into our communications for some time to come.

As Xbox Music goes offline, the groove goes on: Microsoft has renamed its cross-platform music download and streaming service "Groove" ahead of the launch of Windows 10, The Verge reports. Available on Xbox, Windows, Android and iPhone, the service costs the same as Apple's -- and pretty much everyone else's -- streaming service: $9.99. There is no free option.

The BBC reports on some new 'high' tech services: apps that allow medical marijuana users to order up deliveries from their phone. Luckily there are already plenty of food delivery apps if they get the munchies.

Civil society groups walked out of discussions with the government last month over regulation of face recognition systems. But what can these systems really do, asks The Atlantic, and is regulation really necessary?