"There’s no denying that the landscape has changed - with OSX, iOS and Android all taking ground from Windows in recent years." 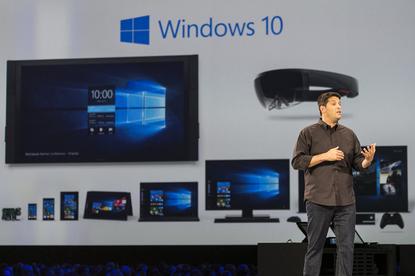 The impending launch of Windows 10 on July 29, which will hit New Zealand shores first, promises to be the biggest release in Microsoft Windows history.

Organisations that have developed Windows applications certainly shouldn’t be waiting to start exploiting the new platform.

Even those that have sidestepped Windows to focus on developing apps for mobile platforms based on iOS and Android should probably be thinking about how to exploit Win10.

Why is that? For a start, Microsoft is gearing up for the fastest roll out of a major new Windows version yet and expects a huge adoption rate.

The beta program alone has seen over 3.9 million testers. At its recent Build conference in the U.S., Microsoft revealed that it expects the full release of Windows 10 to be running on over 1 billion devices within the first two to three years.

There’s no doubt that Windows 10 is looking like the most interesting Windows release in quite a while. If you are a Windows developer or owner of a Windows application, it is critically important that your applications are ready as soon as possible.

You should expect your end users to adopt Windows 10 much more rapidly than we have seen with previous new operating system releases.

With only 12 months for Windows 7 and Windows 8 users to get their free Windows 10 upgrade, there is some incentive to get systems upgraded quickly, and that will translate to huge numbers in a very short time.

As Windows 10 users get hooked on the platform’s new features - such as the “new” Modern User Interface (UI) and Cortana/Search Everywhere - they will also expect their Windows apps to offer them.

For example, being able to search your file system, emails, etc - and also say your customer records in your custom CRM app - all through the one UI is compelling.

For the Modern UI, some things will be inherited from the operating system and others won’t. A lot of quality assurance is required to make sure your app’s look and feel migrates to Modern without looking like a Frankenstein.

Some other new features will just be picked up because Microsoft is doing the work to enable them across the board (like Virtual Desktops, for example) but others will need to be enabled by developers, such as the search example above.

While Microsoft has released new APIs to enable the Cortana/Search Everywhere capability, developers need to implement them in their app so it responds when Windows 10 needs to index or search that app’s data.

While time consuming, implementing new APIs isn’t that hard - Windows developers have been doing it for years. The trick is supporting them across multiple versions.

But there is a big picture story here as well. Microsoft has confirmed there will be seven versions of Windows 10, ranging from display-less IoT devices to mobiles, tablets and PC-based workstations.

This is an exciting prospect for Windows developers, presenting new market opportunities to deliver apps on a wider range of platforms than ever before.

There’s no denying that the landscape has changed - with OSX, iOS and Android all taking ground from Windows in recent years.

But even app owners and developers previously targeting non-Windows platforms should evaluate the potential market impact and prepare to support Windows 10.

Both of these scenarios present challenges to developers needing to build high-performance, multi-platform applications.

As a result, organisations that aren’t using multi-platform development tools - preferably offering native performance and utilising a single code base - will either need to redevelop their apps or, ultimately, accept a smaller potential user base for their offerings.