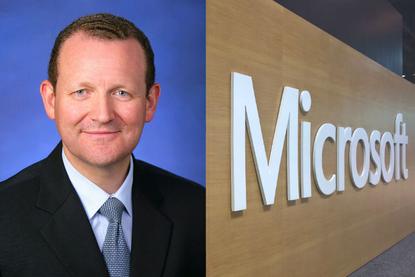 In replacing Paul Muckleston in the Managing Director hot seat, the former Vice President and General Manager for APJ of Dell Software subscribes to the notion that for the subsidiary to continue its growth, it must adapt.

“We are a company in transformation and in order to continue to take marketshare and meet growth expectations, we must keep changing,” says Sheers, speaking exclusively to Computerworld New Zealand following his appointment on July 6.

“People are often afraid of change but change is the only thing that brings about progress.”

With the outgoing Muckleston seeking new opportunities within the wider Microsoft organisation, Sheers takes over a business in good health, leading a 200-strong Kiwi contingent already making its mark in Redmond.

Take Office 365 adoption for example, New Zealand small-medium businesses already lead the internal Microsoft target charts, with 15 per cent of the market now moving to the cloud with Microsoft.

But while Sheers inherits a steady ship, following five years of service by Muckleston as Managing Director, it’s not in his nature to rest on his laurels.

“I wouldn’t have accepted the job if I didn’t think Microsoft had the potential to grow further in New Zealand,” says Sheers, who joins Microsoft following roles at Dell, EMC and Sybase, an SAP company.

“At present we’re leaders across a number of areas but there is always room for growth and opportunities in the marketplace.

“New Zealand has always been strong around Government and telecommunications for example so I’ll be looking to leverage this, alongside many other verticals and sectors.

“While it’s too early to provide a full comment on my plans in the local market, my short-term goals focus around continuing to take market share within cloud as well as driving early uptake of Windows 10.

“To do this I’ll be engaging with the local marketplace, speaking with local CEOs and CIOs, as well as politicians across the country to form an understanding of where the Kiwi industry is heading and how Microsoft can help accelerate that journey.”

Coming back to New Zealand after 30 years, Sheers will be looking to draw on his experience of working for a wide range of international technology companies, across the EMEA region, Asia Pacific and Japan.

Despite executing his APJ role for Dell from New Zealand during the past 12 months, Sheers accepts that following years of regional focus, it will take a little time to realign his focus to the local market.

“I’ve got the luxury of an effective handover with Paul so the sensible approach is to get my head around everything and take it from there,” adds Sheers, who joined Microsoft’s Kiwi partners at the company’s 2015 Worldwide Partner Conference in Orlando, Florida this week.

“It’s important that I continue to gain a better understanding of Microsoft’s strategy around mobility and cloud and relate it back to my experiences in dealing with C-level executives.

“But Paul’s views and guidance will be invaluable in helping me digest the business and get a feel for what needs to be done.”

In officially returning to the Kiwi marketplace, Sheers’ view is that New Zealanders are fast adopters of technology, a habit he hopes to tap into as he aims to build on the company’s strong financial results during the past year.

“Microsoft New Zealand is coming off a strong year from a financial perspective, the company has done very well during the past 12 months,” he adds.

“I was fortunate enough to sit in during a meeting days before I officially started and when Paul [Muckleston] placed up an internal marker card, it looked very green in the key areas of cloud and mobility which is encouraging.

“Generally speaking, it’s an exciting time in New Zealand right now, both political and business landscapes have changed dramatically over the years.”

During his role within the Software Group of Dell, formed post the acquisition of Quest Software, Sheers was tasked with building, developing and managing high performance sales across the diverse regions of APJ, operating in the key verticals of Government, telco, finance and healthcare.

Prior to the acquisition, Sheers helped Quest Software claim two Microsoft ISV Partner of the Year awards, before continuing his relationship by working extensively with Microsoft from a partner standpoint at Dell.

So in this respect, Microsoft isn’t new to Sheers.

“Throughout my career my dealings with Microsoft have always been positive, and during my role with Dell I enjoyed strong relations,” adds Sheers, who attended Manukau Technical Institute before his move abroad.

“From an outside perspective looking in, it’s an exciting time in Microsoft’s history with the changes the organisation is going through and the ongoing transformation.

“Transformation isn’t new to me, during my roles at Dell, Quest and EMC, I’ve also experienced companies undergoing great change and I’m looking forward to drawing on those experiences in my new role.”

Sheers joins Microsoft at a time of great change for the company, who under the leadership of CEO Satya Nadella continues to move away from the previous failings of Steve Ballmer.

Whether it be the company’s fresh outlook and respect towards customers, developers and partners, or simply its ability to once again lead the industry rather than follow, Sheers acknowledges that the company is a very different beast to previous years.

“It really does depend how far you look back,” Sheers adds. “If you take 8-10 years ago for example, then yes, the company is an incredibly different organisation to the one it is today.

“And I don’t mind saying, during the interview process I must admit that it was an eye opener for me to see Microsoft’s road map laid out in front of me.

“I’ve always had a positive understanding and perception of the company but this was something that further encourage me to pursue this opportunity.”

In engaging with over 70 local partners at WPC 2015 this week, Sheers has been quick to communicate that throughout his career, the channel has always been central to his plans.

“Obviously I’ve had limited experience in dealing with Microsoft’s New Zealand partners at a face-to-face level but in whatever role I’ve been in, at whatever company, I’ve always been a huge support of the partner ecosystem,” he adds.

“During my regional role at Dell, I helped create a very partner driven marketplace and from my understanding and early meetings with partners at WPC 2015 this week, it’s clear Microsoft has a strong partner community in New Zealand.

“I’ll be continuing to engage with a lot of Kiwi partners in Orlando this week and I’ll be using the opportunity to listen to partners, see what’s working well and not so well and see how we can continue to work together going forward, and get over any roadblocks along the way.”

On the global stage, Redmond continues its transformation in front of the watching world.

But now at a local level Sheers will be doing the same, with the New Zealand market, and a strong partner community, awaiting Microsoft’s next move.