Fronde CEO bows out following 7 years at the top

Ian Clarke will step down from his role as Chief Executive of Fronde, a role he has held for the last seven years. 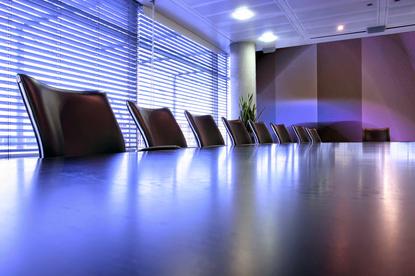 Ian Clarke will step down from his role as Chief Executive of Fronde, a role he has held for the last seven years.

Clarke joined Fronde 16 years ago and during his time with Fronde he has also held the roles of Chief Financial Officer, General Manager Operations and General Manager, Wellington.

Chairman of Fronde Jon Mayson says since taking on the role of CEO in 2008 Clarke has driven “significant growth” and expansion of the business including into the Australian market.

“Initially he led Fronde through difficult times to become a solvent, stable company which was able to fund acquisitions with cash,” Mayson says.

“Under Ian’s leadership Fronde grew from $25 million revenue to $60 million from 2010 to 2013. He had the vision to recognise seven years ago the opportunity that cloud computing would have for Fronde and the disruption it would have for the market.

“Under Clarke’s leadership, Fronde quickly become the market leader in cloud integration, taking enterprise and government to the cloud.

Mayson adds that Clarke was instrumental to the near doubling of Fronde Australia’s revenue in 2014.

“Ian oversaw the acquisition of OnlineOne, the leading NetSuite reseller and implementer in Australia,” he adds.

“The acquisition was pivotal to Fronde’s geographic and partner strategy.

"Our ability to retain the management is one of the key reasons our Australian business is now performing so strongly.”

Clarke says that he is very nostalgic about stepping down, having worked with many of his colleagues for over a decade and supported Fronde’s clients through a range of transformations, challenges and triumphs.

“After 16 years with Fronde and seven years as CEO I feel the time is right for me to seek new challenges and for Fronde to enter the next phase with fresh leadership,” he adds.

“I am proud of what the Fronde team has achieved and look forward to following its continued success.”

Going forward, Clarke will remain a shareholder in Fronde and will step down later this year once the board has completed a search and appointment of a replacement chief executive, with a suitable transition period.

“On behalf of my fellow directors and the shareholders I want to thank Ian for his years of commitment to Fronde,” Mayson adds.

“The market position that Fronde now enjoys is a tribute to his strategic vision and drive. I have thoroughly enjoyed working with him and wish him all the best for the future.”