With just three weeks to go until Microsoft’s rebranded TechEd event, Ignite NZ, Windows 10 looks set to be high on the agenda. 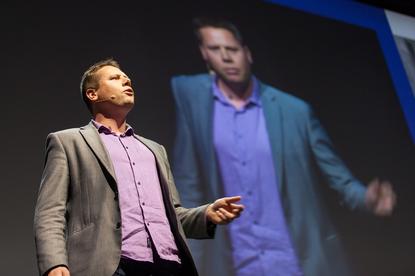 With just three weeks to go until Microsoft’s rebranded TechEd event, Ignite NZ, the tech giant has announced the full schedule of sessions, and Windows 10 is high on the agenda, following the global release of the new operating system.

The full schedule of sessions for Ignite NZ is now available to view at http://msignite.nz, and includes a selection of training opportunities for both IT implementers and developers wanting to learn more about working with Windows 10.

Nigel Parker, Director for Developer Experience at Microsoft New Zealand, says with Windows 10 aiming to be on one billion devices within three years, it will be especially crucial for Kiwi developers to get savvy on the new operating system to help them stay on the leading edge of innovation.

“In addition to the keynote presentation by Joe Belfiore - one of the leaders of the global development of Windows 10 - there will be significant, deep-dive sessions on offer about everything from deploying, managing and integrating with Windows 10, to developing apps for the Universal Windows Platform,” Parker says.

“We are anticipating these to be some of the most popular sessions at Ignite NZ, so encourage those who haven’t got their tickets yet to do so as soon as possible so not to miss out on this unique opportunity to get wise on Windows 10.”

Parker says those who have already purchased tickets can now go to the web site to build the Windows 10 sessions into the schedule tracking tool for their time at Ignite NZ.

The keynote event that will kick off the four-day conference - followed by the opening party - will take place at 4.00pm on September 1 at Vector Arena, in Auckland.