The lowering of the GST threshold on overseas purchases is likely to have a positive impact on small businesses, however... 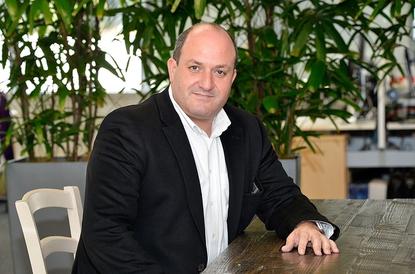 The lowering of the GST threshold on overseas purchases is likely to have a positive impact on small businesses, however it may receive a mixed reception from local operators, says MYOB General Manager SME Solutions James Scollay.

As reported by Computerworld New Zealand, Minister for Revenue Todd McClay released a discussion document on changes to GST which could reduce the threshold on overseas purchases made online.

“These changes will help level the playing field for local SMEs, however data from MYOB’s Business Monitor shows that nearly a third of SMEs may be opposed to this move - even in sectors that are considered most likely to support the change, such as retail and manufacturing,” Scollay says.

“SME owners are also consumers, so while on the one hand their businesses will benefit, on the other it means they will be expecting to pay more for consumer goods.”

The MYOB Business Monitor - a regular nationwide survey of over 1000 SMEs conducted by Colmar Brunton - has painted a “complex picture” on whether changes to the GST threshold will be supported by SMEs.

“In the September 2014 Business Monitor, held just prior to the General Election, 36 percent of SME operators surveyed said they would vote against a policy to introduce GST on online purchases from offshore retailers and 25 per cent of the respondents stated they would support the policy,” Scollay adds.

Strongest support for the policy was from the manufacturing and wholesale sector, with 42 percent of respondents in support.

However, a full third of manufacturers and wholesalers were opposed to the idea - 40 percent of business operators in the logistics industry also supported the introduction of GST, while 29 percent were against.

Notably, operators in the local retail industry, who have to charge GST on competing products in the local market, were split on the policy.

Scollay says 30 percent of the more than one hundred respondents from the sector supported the introduction of GST on online purchases from overseas, while 29 percent were opposed.

“There are clearly a large number of local businesses which benefit from access to goods and materials they buy from overseas, and will see this as adding another cost on their operation,” he adds.

“In particular, small local retailers paint an interesting picture. On the one hand they are in direct competition with overseas retailers for the dollar of local consumers.

“So you would assume that having to charge GST for products that are priced below the exemption level for overseas retailers would be creating a competitive disadvantage.

“But clearly, an equal number of SMEs in the sector are also benefiting from access to goods bought online from international retailers.”

However, Scollay says sectors like manufacturing would obviously prefer that the Government establishes a level playing field for the costs of all goods sold in New Zealand.

“Ultimately, the Government will also have other considerations, such as the revenue it will derive from the introduction of GST across the board,” he adds.

“But it is important to recognise that local businesses are by no means all in favour of the policy.”