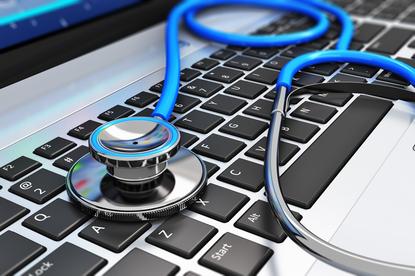 3D printing (3DP) technology has progressed rapidly in recent years, and that medical applications are leading to some of the most significant deployments of 3DP technology.

Gartner's 2015 Hype Cycle for 3D Printing reveals that 3DP of medical devices has reached the Peak of Inflated Expectations, but certain specialist applications are already becoming the norm in medical care.

“In the healthcare industry, 3DP is already in mainstream use to produce medical items that need to be tailored to individuals, such as hearing aids and dental devices,” says Pete Basiliere, research director, Gartner.

“All of the major hearing aid manufacturers now offer devices that are personalised to the shape of the customer's ear.

“This is evidence that using 3DP for mass customisation of consumer goods is now viable, especially given that the transition from traditional manufacturing in this market took less than two years.

“Routine use of 3DP for dental implants is also not far from this level of market maturity.”

Some medical 3DP technologies are further from mainstream use, but are equally, if not more, exciting.

Hip and knee replacements, for example, are a US$15 billion industry and are one of the most common surgical procedures.

Given the size of the market, Gartner predicts that 3D-printed hip and knee replacements, as well as other common internal and external medical devices, will be in mainstream use within two to five years.

Looking further out, at least five to 10 years to mainstream adoption, there is bioprinting - 3D bioprinting has two categories in this Hype Cycle: one focused on producing living tissues for human transplant, the other for life sciences' research and development (R&D).

“Some of these R&D systems are already capable of printing cells, proteins, DNA and drugs, however there are significant barriers to mainstream adoption,” says Michael Shanler, research director, Gartner.

“The sheer complexity of the items to be printed and the high maintenance requirements of these systems mean that initial deployments will be mostly limited to specialist service providers.

“We see mainstream adoption increasing as the systems become more diverse in their functions.”

There is still rapid advancement outside of medical fields - while 3D prototyping has for many years been the only mainstream use of the technology, within the next two to five years it is likely to be joined by many technologies that will spur much wider use of 3DP outside of specialist fields.

“Advancements outside of the actual printers themselves may prove to be the catalyst that brings about widespread adoption,” Basiliere adds.

“Technologies such as 3D scanning, 3D print creation software and 3D printing service bureaus are all maturing quickly, and all - in their own way - have the potential to make high quality 3DP more accessible and affordable.”

3D printing software, for example, has in the past been limited to commercial 3D computer-aided design (CAD) programs that were not simple to use.

Moreover, 3D scanners are also advancing in adoption and dropping in price, enabling users to create complex printable models of real-world items without any CAD skills.

The emergence of 3DP service bureaus also continues to accelerate - this enables enthusiasts and organisations to test and experiment with the capabilities of advanced 3DP systems in situations where an investment in purchasing a 3D printer would be hard to justify.

As this ecosystem matures around the printers, so market demand and competition will keep increasing and more use cases will become commonplace.