“The modern smartphone presents the perfect platform for corporate and personal espionage, information theft, denial of service attacks on businesses and governments, and banking and advertising scams." 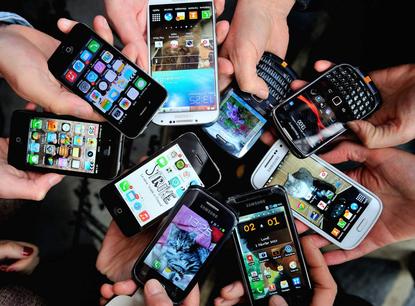 During the first half of 2015 the number of security threats on mobile networks have come increasingly from a seemingly unlikely source - personal computers and laptops.

In the first half of 2015 report, Alcatel-Lucent estimates that 80 percent of malware infections detected on mobile networks have been traced to Windows-based computers and laptops.

According to the tech company, this finding represents a “significant change” from 2013 and 2014 when the source of mobile network infections were roughly split 50:50 between Android and Windows-supported devices.

Alcatel-Lucent has found that PCs and laptops are the favourite targets of hardcore professional cybercriminals who have invested heavily in the Windows malware ecosystem.

Findings suggest their contribution to the infection rate on the mobile network has “significantly increased” as mobile networks are increasingly used as the primary way to access the Internet.

“It can be used simply as a tool to photograph, film, record audio, scan networks and immediately transmit results to a safe site for analysis.

“That’s why Alcatel-Lucent favours a network-based security solution that detects malware before it can do any damage.”

The Motive report also found that cybercriminals are quickly taking advantage of unique opportunities in the mobile ecosystem to spread spyware.

In fact, 10 of the 25 most prolific threats on smartphones are in the mobile spyware category and are often delivered bundled with games and free software.

“These sophisticated spyware apps enable the remote tracking of a phone owner’s movements as well as the monitoring of phone calls, text messages, e-mails and browsing habits,” Tan adds.

“While tracking applications can be used for legitimate purposes - such as a parent keeping track of their children, there are also far more sinister uses for these types of applications.”

Adware has also been on the increase in 2015 with ads becoming more sinister.

One identified by Motive is BetterSurf, a moderate-threat Windows Adware contained within software bundles offering free applications or games.

When installed, it adds a plugin to Internet Explorer, Firefox and Chrome browsers that injects pop-up ads into web pages.

While it looks like run-of-the-mill adware, the ads themselves are very dangerous, according to Tan.

“Many are phishing attempts to install additional malware and engage in fraudulent activity,” he adds.